It’s early, early in this new season and teams are just now learning what a football looks like.  But that didn’t stop Massillon and Avon from getting together to knock heads, something they’ve been doing for several years now in a first scrimmage venue. This time Avon was the host. 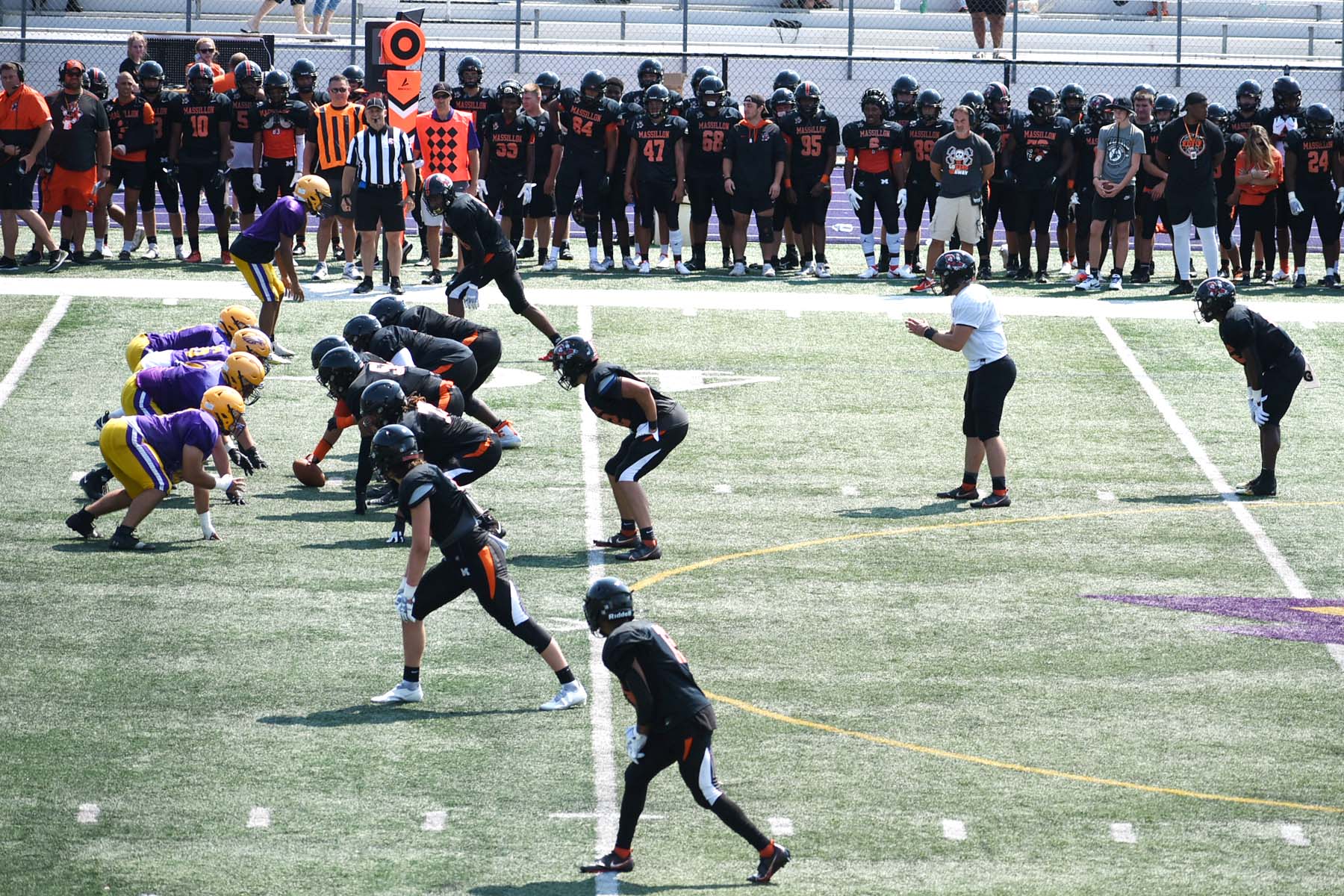 Both teams have achieved much success over the past few years, something that always bills this matchup as a good one.  The Tigers have played in the Division 2 state finals in each of the past three years and the Eagles have won four straight regional titles in the same division.  Therefore, this scrimmage gives head coaches Nate Moore and Mike Elder excellent first looks at their players against worthy opposition in order to figure out who their starters and backups will be.

The format for most of the scrimmage was such that each team ran ten plays, commencing at their own 25 yard line.  If a fourth down play was called for, the team either punted or attempted a field goal and then returned to the 25 until the plays were exhausted.  Throughout the affair both coaches mixed up their first and second units.  The 3rd and 4th played later.  Here’s a breakdown of the series for each team:

Each team then ran one series starting at the opponent’s 40.

Each team finished with a two series each starting at the opponent’s 20.

Next up is a Thursday scrimmage at Cincinnati St. Xavier, the 2020 Division 1 state champions.  Start time is 2:00 pm. 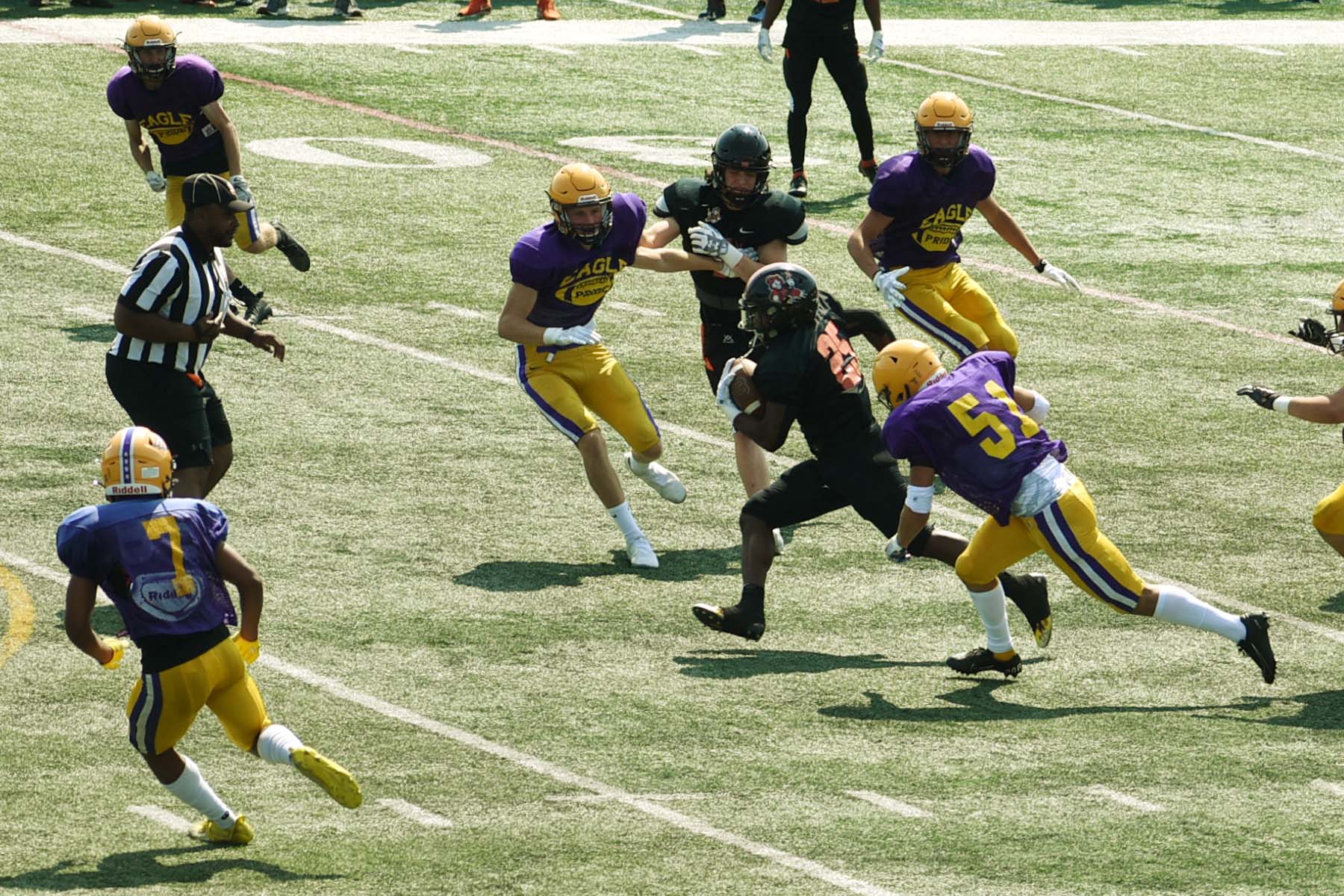 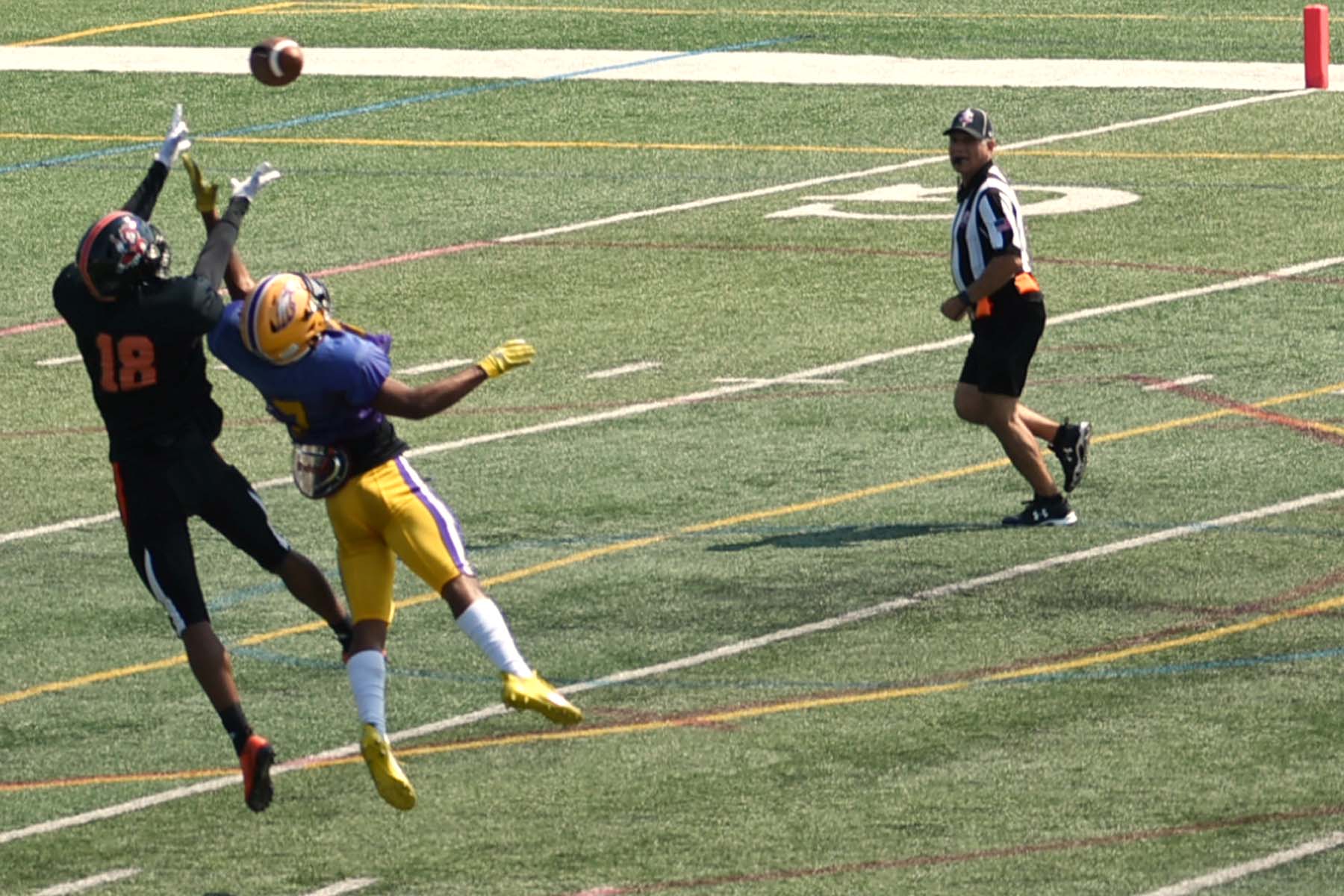 Ardell Banks goes high for the long pass against the Avon defender. 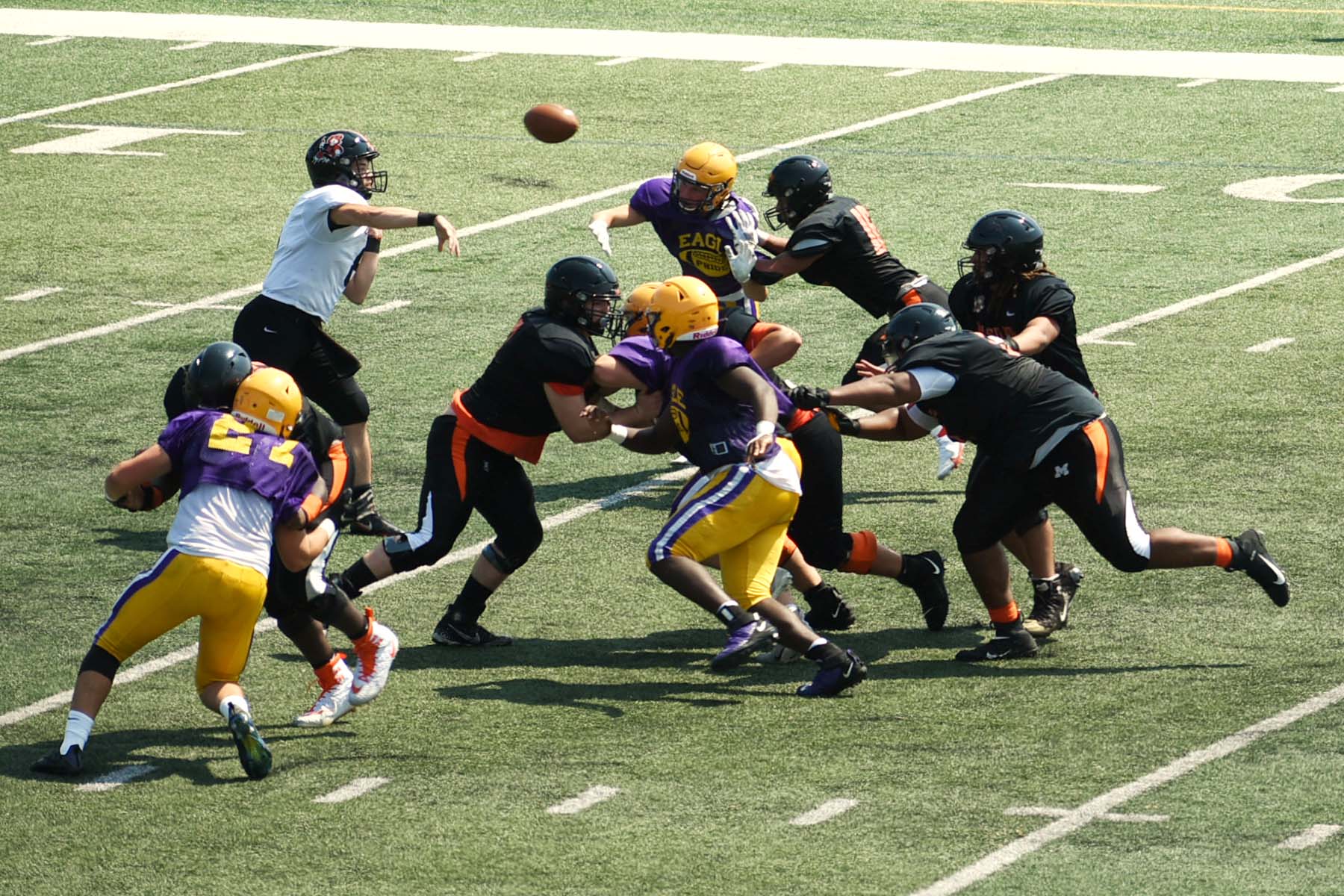 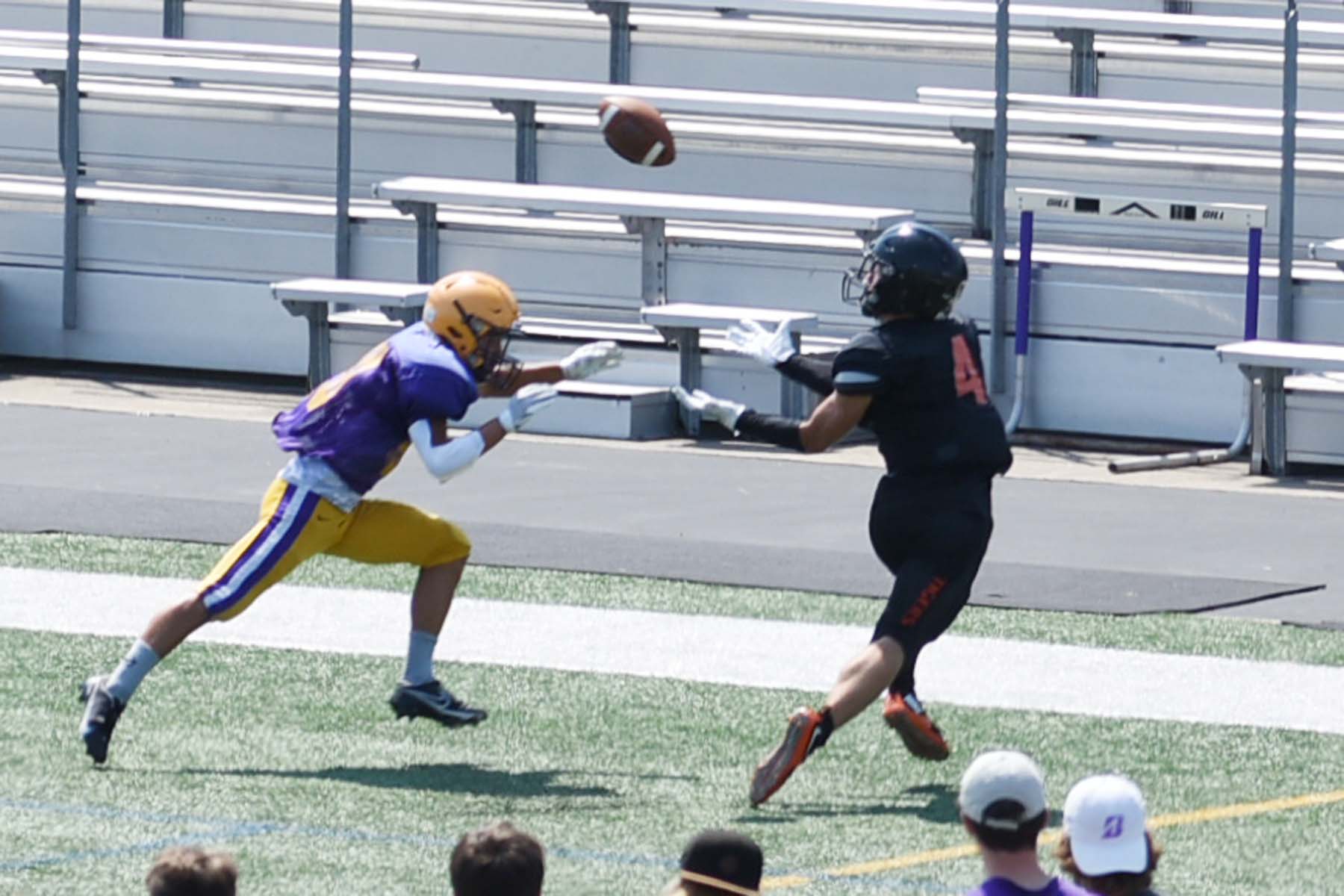