Noteworthy Items: (1) The Tigers averaged over 40 points a game behind the arm of quarterback Kyle Kempt (Oregon State / Iowa State ) and receivers Gareon Conley (Ohio State) and Marcus Whitfield (Toledo). Kempt broke the record for career passing yards with 6,034. (2) Massillon’s only loss during the regular season came against Canton GlenOak by the score of 26-24.  The Tigers were hampered by five turnovers and a non-existent ground game, although Kempt accounted for 327 passing yards. (3) Massillon advanced in the playoffs to the regional finals before losing to Toledo Whitmer. 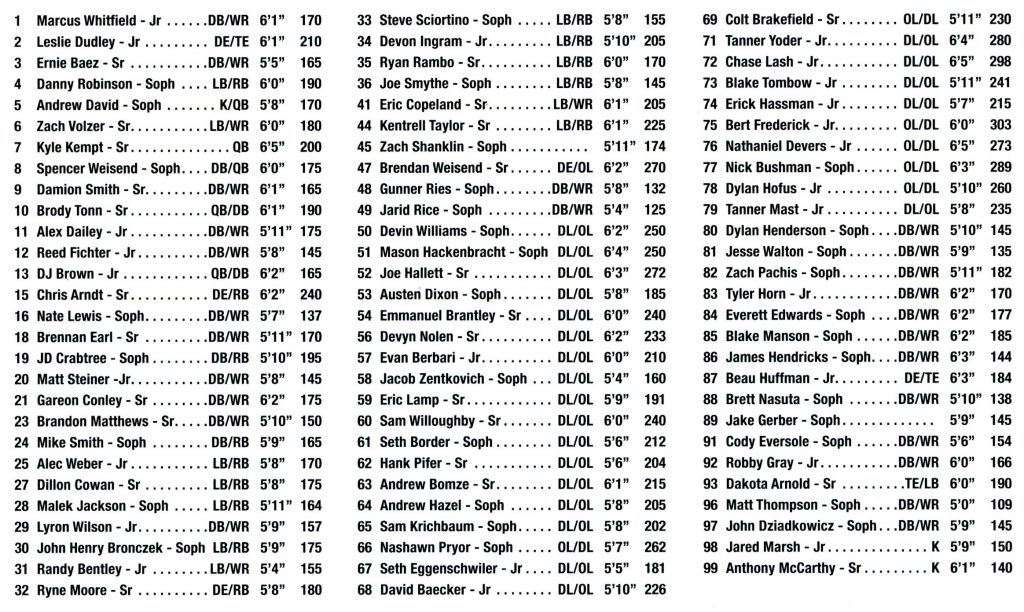