Home Posts History These Teams Have Withstood the Test of Time

Over 700 teams participate annually in Ohio High School football.  Once the season is over, almost half qualify for the post-season playoffs, distributed among seven divisions, with each division having four regions.  At the end of four weeks of playoffs, regional championships are awarded and state champs are crowned two weeks later.  It would appear on the surface that every team has decent odds of qualifying for the playoffs in any given year, but this is not necessarily the case.  That’s because there is a group of schools that make it in nearly every year, significantly reducing the odds for the remaining schools.  Here’s a look at that group.

Among D1 and D2 schools:

Below is the complete list of teams and their respective playoff data: 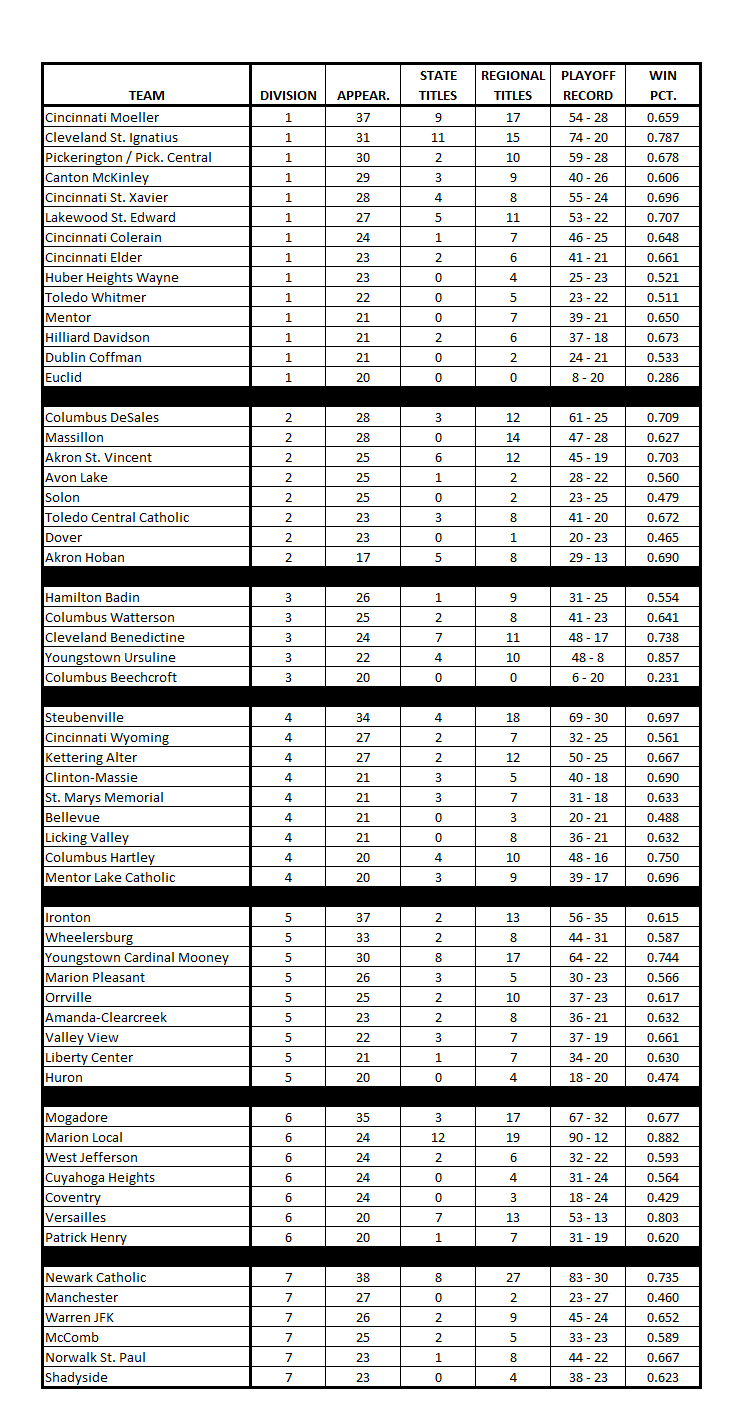