Noteworthy Items: (1) Massillon revenged a previous year’s loss to Alliance with a hard fought 19-0 victory. (2) The Tigers dropped their second straight game to Canton McKinley (9-2) by the score of 21-0.  Following the game, sportswriters predicted that the Bulldogs would dominate the county for many years to come due to their renewed emphasis on football through strategic “recruiting” and the hiring Jimmy Aiken.  In addition, Canton (pop. 105,000) was significantly larger than either Massillon (pop. 26,000) or Alliance (pop. 23,000). 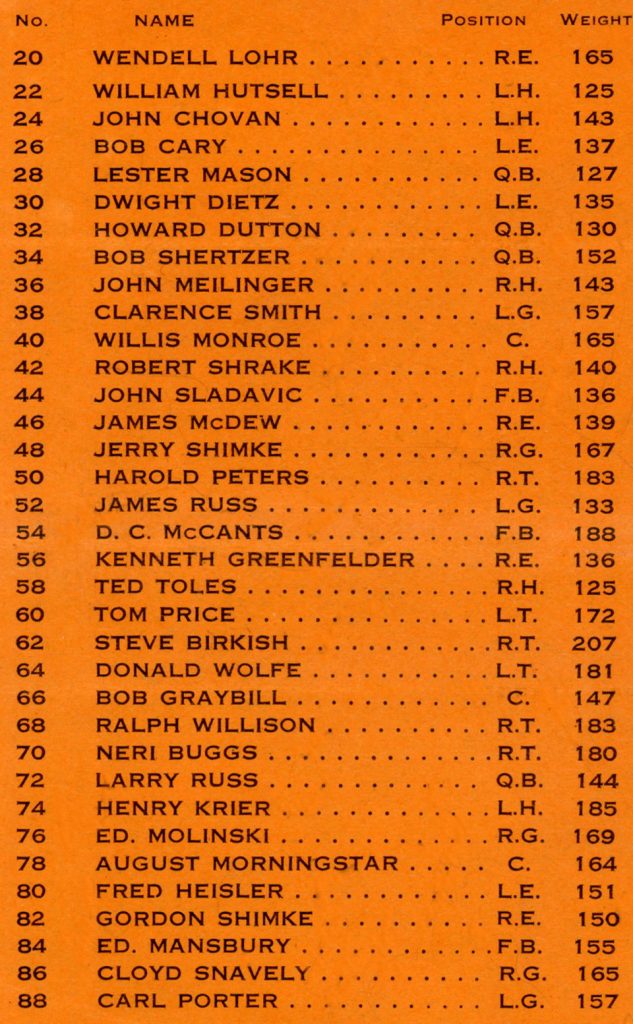