Noteworthy Items: (1) Paul Brown debuted as head coach with a 5-4-1 record, albeit losing his last four games and surviving an ouster bid after just one season at the helm. (2) Massillon opponents Barberton, Alliance and Dover finished the year undefeated. (3) Half of the crowd witnessing the McKinley game stood outside the fence, lacking the admission fee due to the depression of the 1930s. 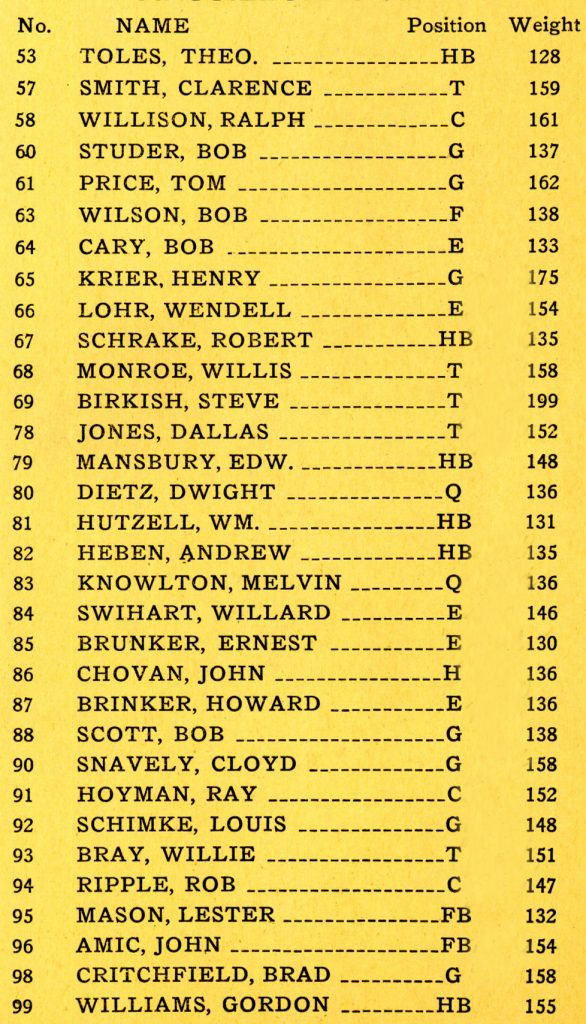