Noteworthy Items: (1) Massillon defeated Sharon, PA, 27-0. Sharon was coached by former Tiger mentor Dave Stewart. (2) Heine Krier scored all 45 points in the win against Youngstown South. (3) Wendell Lohr was on the receiving end of five TD passes in the win over Barberton. (4) Massillon broke Akron West’s 21-game winning streak with a 33-0 victory.  (5) Through nine games, Massillon was dominating the opposition by an average score of 46-0, but lost 21-6 to Canton McKinley in the final game.  The contest drew a crowd of 20,000, the largest ever to witness an Ohio high school football game.  For the first time in history, both teams entered the game unbeaten. 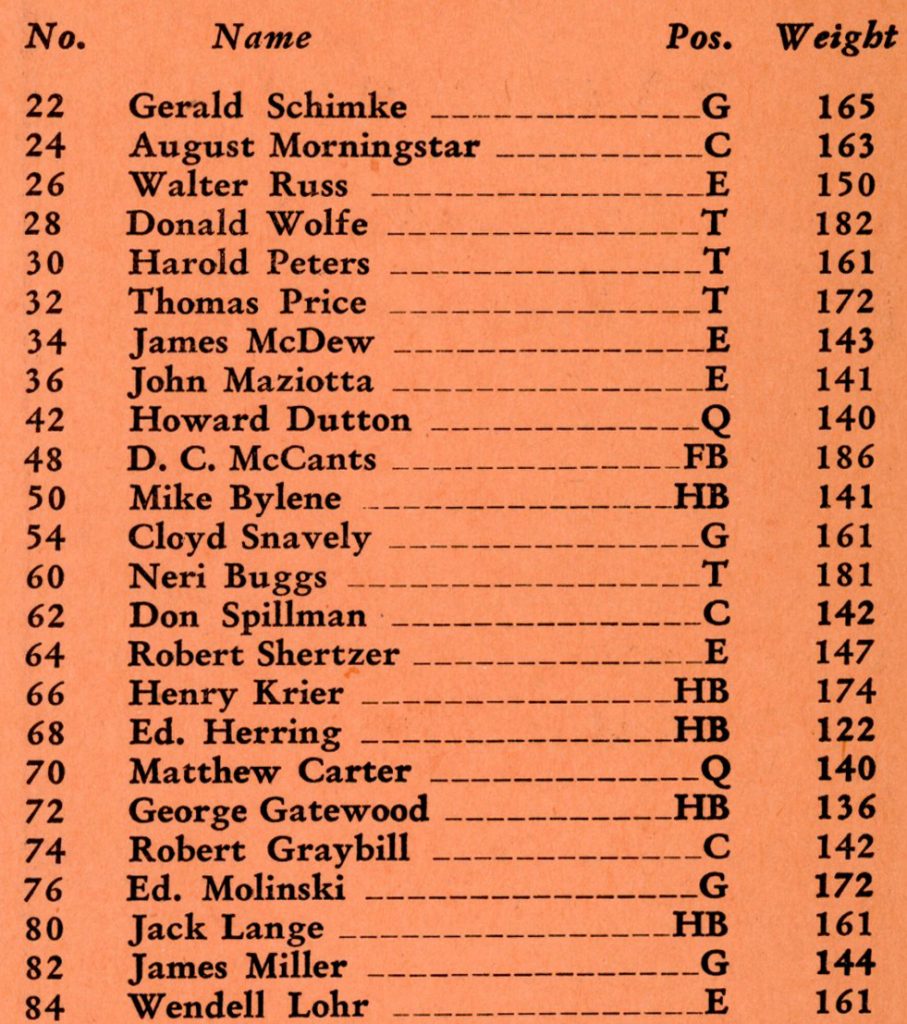