If you weren’t able to catch the Massillon Tiger Booster Club’s Spring Kickoff you missed quite a show.  Head Coach Nate Moore provided one the most comprehensive previews of an upcoming Tiger squad in his 5-year career at Massillon.  But there were also a couple of prominent guests, including Ohio State Head Coach Ryan Day and Houston Texan cornerback Gareon Conley.

The venue, of course, was a bit different this year due to the social distancing guidelines on account of Covid-19.  It was more of an online podcast, with the guests addressing written questions at the end.  No one really knows at this point whether the season will go on as scheduled, be shortened or canceled entirely.  It all depends on the numbers and the Governor’s recommendation.  Nevertheless, both coaches are proceeding with their preparations as if the season will proceed.  And the players are buying in.

Eric Smith, this year’s Booster Club President, chaired the event.  First up was Coach Day, whose Buckeyes last year fashioned a 14-0 regular season record, followed by a win in the Big Ten Championship Game and a subsequent spot in the BCS  playoffs.  As a result of this success, Day was named Big Ten Coach of the Year, the first time for an OSU coach in 40 years. 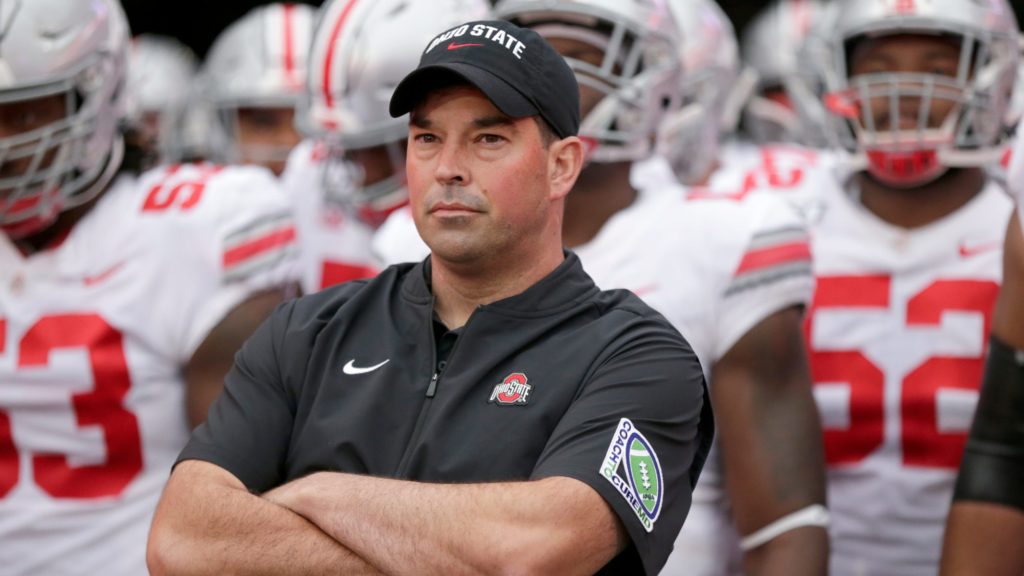 “It’s unbelievable to be a part of this tonight,” said Day.  The relationship between Ohio State and Massillon remains strong every day.  The ties between OSU and Massillon run deep.”  He was referring to the 27 current and previous Tiger players who suited up for the Buckeyes and the three former coaches who became head coaches for Ohio State, including Paul Brown, Carroll Widdoes and Earl Bruce.  Several others over the years were also hired as assistant coaches.  Players currently on the team are Thayer Munford and Austin Kutscher.

Coach Day is doing everything he can to prepare this year’s team, in spite of the handicaps imposed by the stay-at-home guidelines.  “This has been a challenge for us,” he said.  “We’re trying to do the best we can to manage it.  The players have been with their parents rather than on campus with their teammates.  It’s not easy.  There’s no real map.”  So the coaches and players have been interacting in group meetings using online media

Next up was former Massillon player Gareon Conley, who currently plays for the Houston Texans.  He said the transition from Oakland went well and that the Texan players were quite welcoming.  A regular starter throughout last season, it appears that he has found a home in Houston.  Gareon also addressed his de-committing from Michigan and subsequent signing with Ohio State.  After visiting Michigan for the first time, he thought it was prudent to commit early to their offer.  But, then he learned that he could still visit additional campuses.  That opened up a trip to Ohio State and we all know the rest.

Finally, Coach Nate Moore had the screen and spoke for over an hour.  Here is a snapshot of what he provided: