The 2019 season has long been over, but it was a good time at the banquet to look back on a great year and recognize those individuals that made so much success possible.  Outgoing Booster Club President Bruce Gallagher welcomed all and went great lengths to thank everyone who helped him accomplish the Club’s goals of supporting the players throughout the past season.  Special tribute was paid to the Tiger Moms, who were instrumental in feeding the Tigers throughout the campaign.  Bruce also introduced next year’s president, Eric Smith.

Head Coach Nate Moore then spoke to the several hundred players, coaches, parents and fans who attended, thanking nearly everyone for supporting the program.  But he couldn’t talk enough about the past year.  “I’m so proud of this football team,” he said.  “They played in 14 playoff games.  They set all kinds of records.  But what I’m most proud of is that they played for the City of Massillon.  They have reset the standard of Massillon football.”

The 2018 Massillon football team was a hard act to follow: they won the most games ever during the season by fashioning a 14-1 record, they participated in the playoff state finals for the first time in 13 years and they had the all-time leading rusher in Jamir Thomas.  But the 2019 team did exactly that.  They met and in some cases exceeded that previous team.  Led by an outstanding senior class, these Tigers repeated both the 14-1 record and the appearance in the state finals.  And although nearly matching the offensive stats of the previous year, it was the defense that flexed it muscles the most in playing the best football on that side of the ball since the 2002 season.  Consider these accomplishments:

This team has also penciled itself into many areas of the record book, including the following:

The senior class never lost to Canton McKinley.  They won more playoff games (11) in three years than any previous class.  They own a 21-game regular season winning streak.  And who can forget Ben Krichbaum’s end-of-the-game sack of the Akron Hoban quarterback to seal the victory in the regional finals.  Then there were the two memorable passes from Aidan Longwell, one breaking the record for the longest pass ever and the other sealing the win over McKinley.  What a senior class.  They will also be a hard group to follow.

So at this evening’s banquet the 2019 players took their final bows and in turn received a multitude of accolades, including participation awards for JV players, letters for varsity game participants, senior awards, captain awards and top player acknowledgments.

Lifter Of the Year – Ben Krichbaum

See you next year. 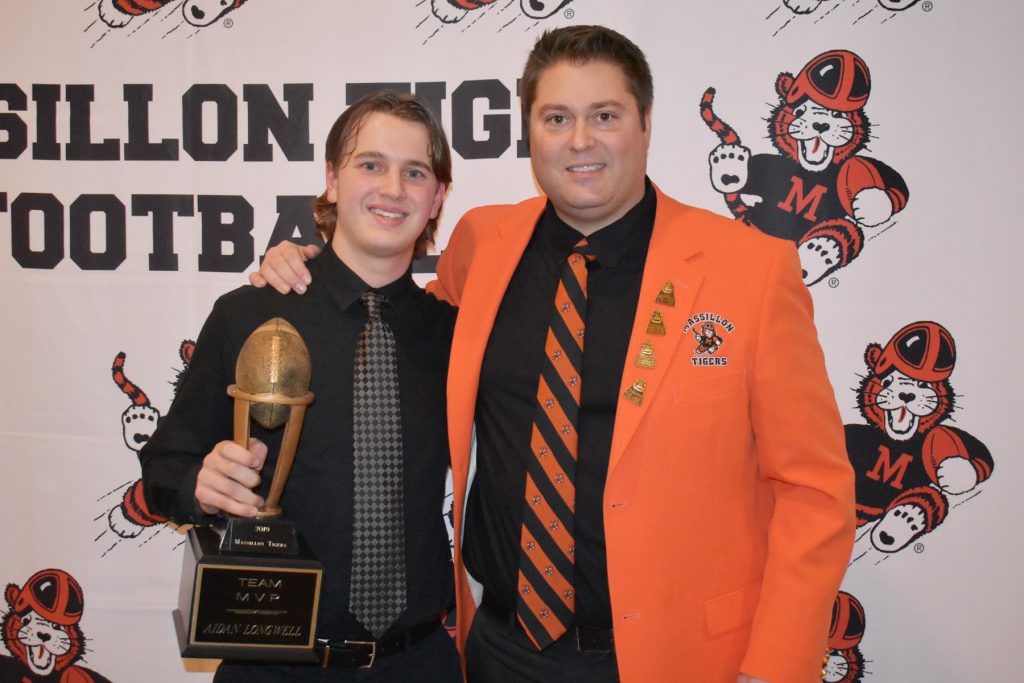