Noteworthy Items: (1) The Tigers traveled to Cincinnati’s Riverfront Stadium and defeated Covington Catholic from Kentucky 39-14 in the Buddy LaRosa Classic. (2) Massillon lost to Cincinnati Moeller 24-23 on a 39-yard touchdown pass in the closing seconds of the game. The completion came one play after a 4th down pass by Moeller was apparently incomplete, but ruled a catch by the referee. 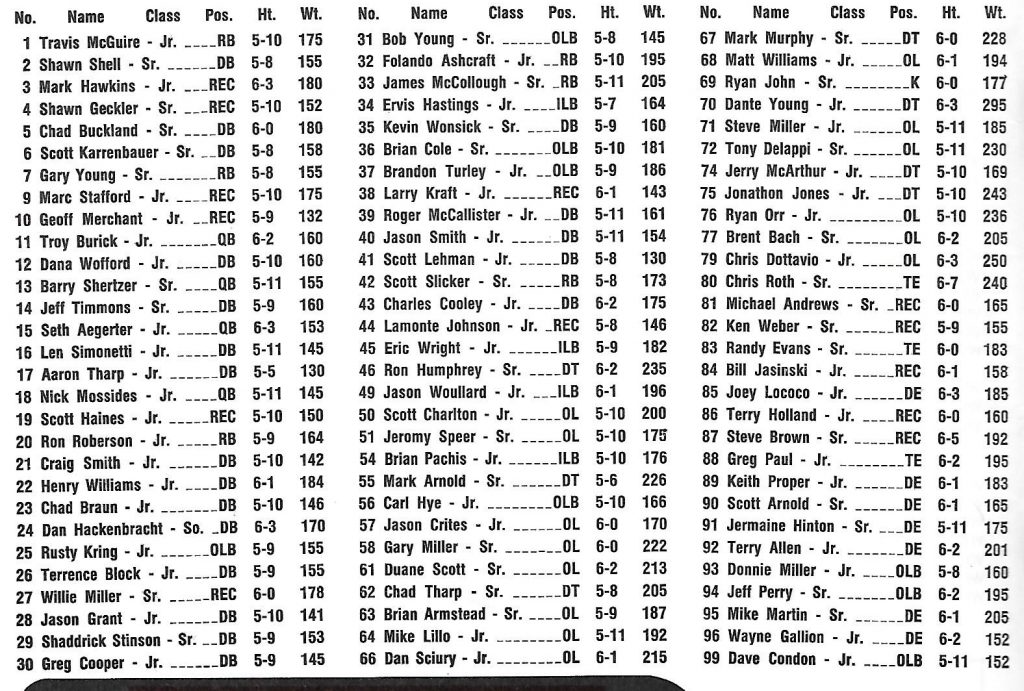