Noteworthy Items: (1) Six of the eight Tiger wins came against teams with winning records. The two losses were to Cincinnati Moeller (8-2) and Cleveland St. Joseph (7-2). Massillon defeated Austintown Fitch 23-13.  Fitch was ranked 4th in the state sportswriters’ poll at the time.  (3) The Tigers returned to the playoffs after a 7-year absence, winning the region, but losing the St. Ignatius in the state semifinals. 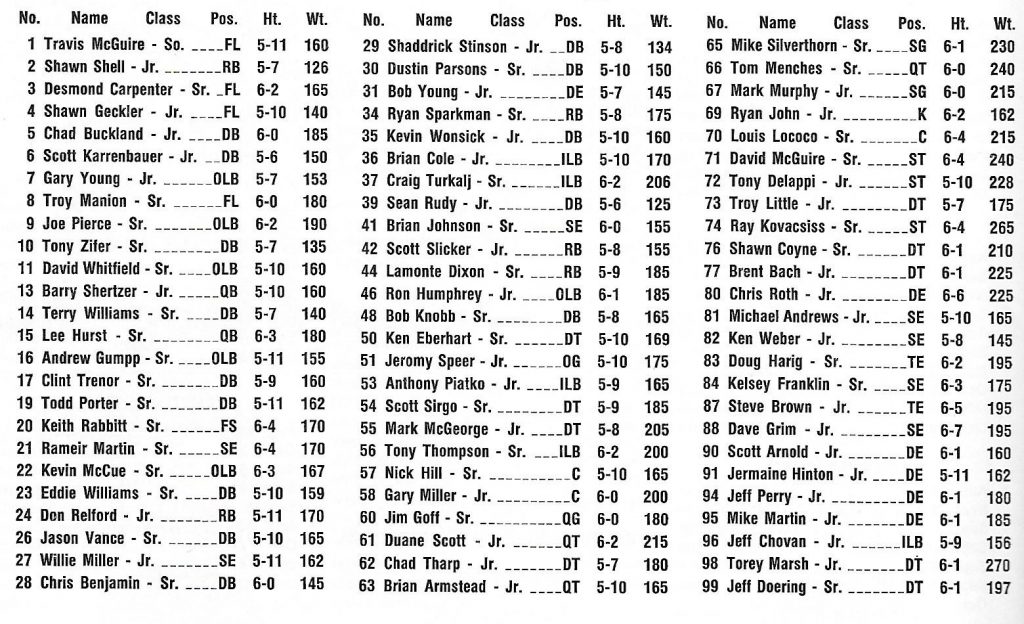