Noteworthy Items: (1) The backfield tandem of Travis McGuire (Ohio State) and Falando Ashcraft (US Army) led the Tigers to the state semifinals. But a missed extra point spelled the difference in a 14-13 loss to St. Ignatius. (2) In the week prior, Massillon overcame a two touchdown deficit against Toledo St. John’s to pull out a 42-21 victory. (3) McGuire rushed for 1,976 yards, setting a new Massillon single-season record. His stellar year included five touchdowns and 302 yards rushing in a 42-13 win over Canton McKinley. 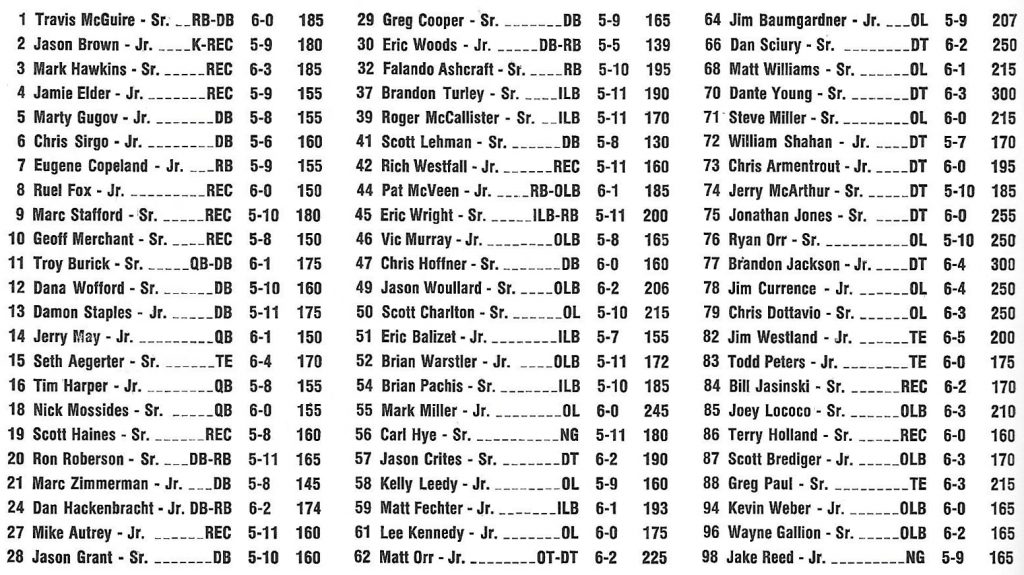