Noteworthy Items: (1) The 6-6 tie between Massillon and Mansfield ended the Tigers’ 38-game winning streak. Massillon led in total yardage 258-58 and first downs 16-1, but ultimately, the score mattered more. Both teams claimed the state title at the end of the season. For the Tigers, it was a 7th consecutive crown. (2) The 32-0 Massillon score against Canton McKinley was the largest margin of victory to-date for the Tigers in this great rivalry. 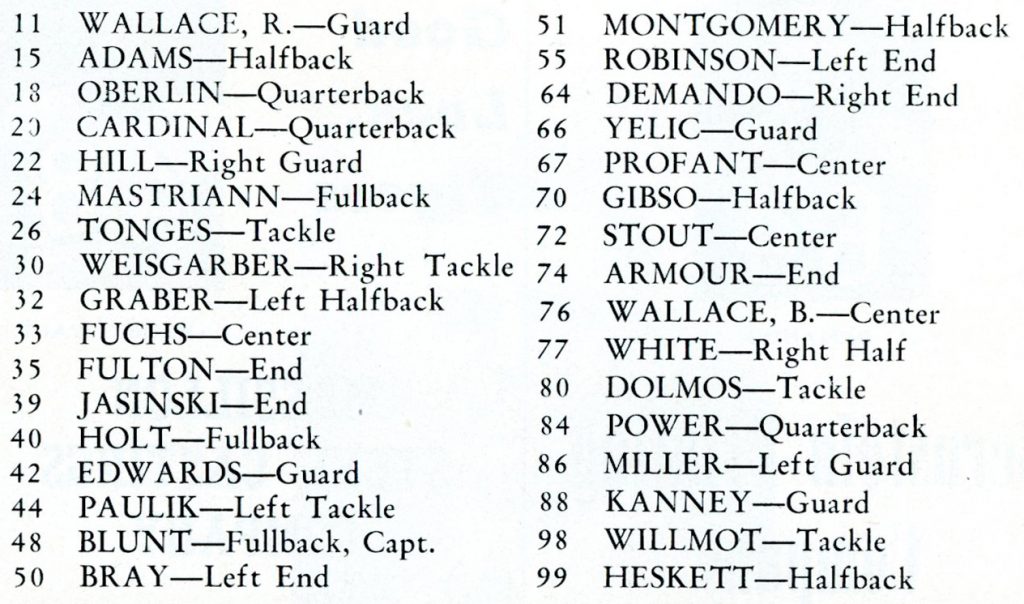