A packed house of players, parents, coaches and fansput closure to the season at St. George’s Church by recognizing of the outstanding performances exhibited by the members of the 2022 football team on and off the field.  It was a team that finished with a 12-2 record and a 15th regional playoff title, their fifth in the last six years.  It  was also a team that, although they didn’t bring home the Division 2 state championship trophy, did defeat during the regular season Lakewood St. Edward, the No. 1 team  in Division 1.

“This has been a group since Day 1 that has answered the bell,” said Head Coach Nate Moore.  “These guys have been awesome.  Thanks to our senior class.  It was a small senior class; small but powerful.  They ground it out every day.  It’s those guys that really make our program special.  We had a tremendous season.  I’m very proud of that.  A final four appearance.  Six straight 10+ win seasons.  Six straight appearances in the regional finals.”

Moore said that defeating St. Edward was a memorable moment, since (1) they were the No. 1 team in the state and (2) the quarterback / wide receiver corps came out “firing hot.”  But he also mentioned Austintown, an undefeated team the Tigers faced the following week.  Rather than having a let down following such a maximum effort against St. Eds, the Tigers held it together and produced one of their best performances of the season.  “We played an absolutely tough game,” said the coach.  “We dominated the game.  It was a memorable victory.”  Then there was the win over Canton McKinley, the seventh in a row.  “The Tigers went out and took care of business,” said Moore.  ‘Nuff said.

Along the way, several No. 1 player and team records were set, including:

Six players were named All-Ohio, including:

Following dinner, the assistant coaches presented the various participation awards, while expounding on each player’s individual achievements and effort.  Then the special awards, most of which were selected by the players themselves, were presented by various teammates to the winners.  They included: 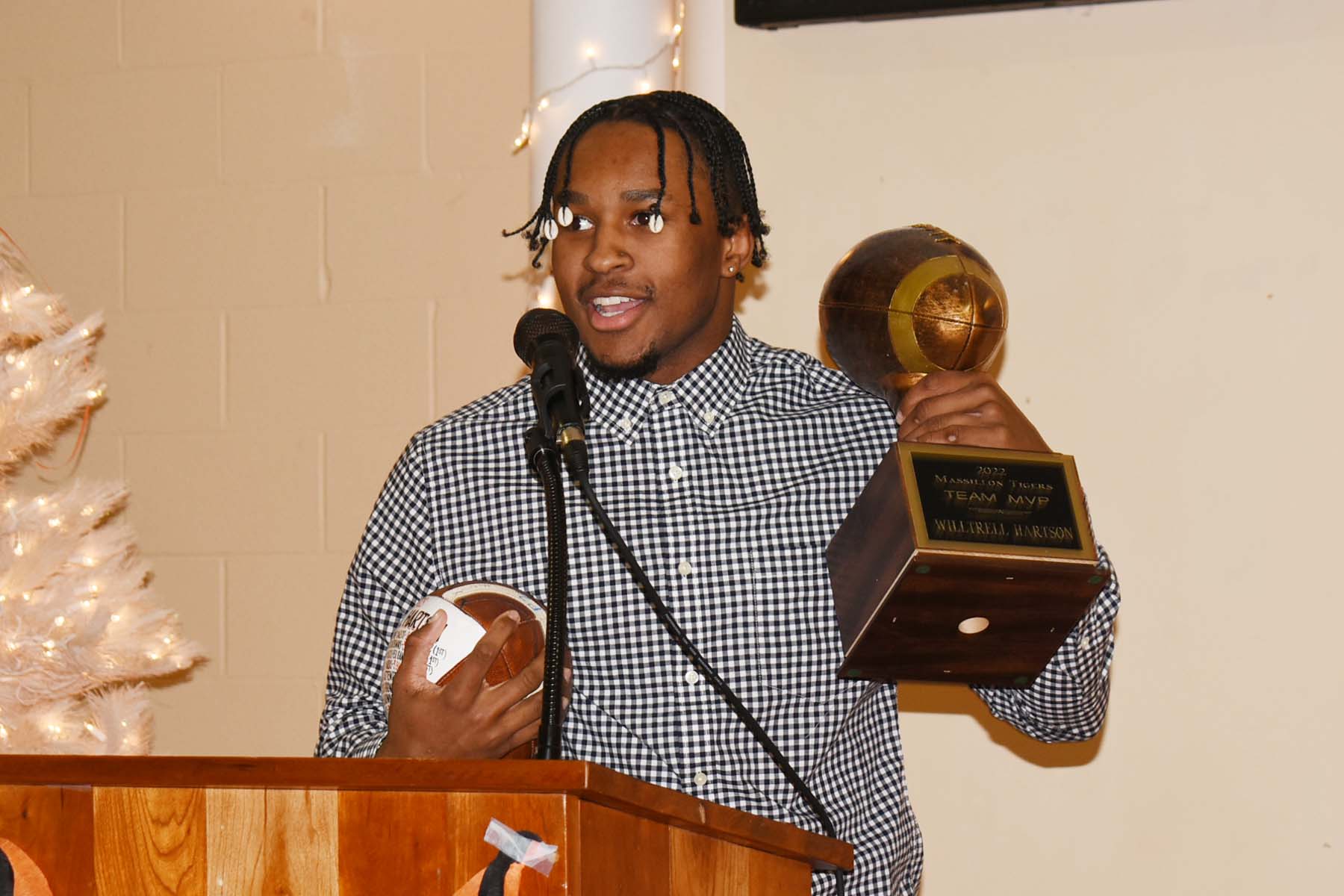 Most Valuable Player Willtrell Hartson.  A commemorative football was also presented which displays the rushing and scoring records he set. 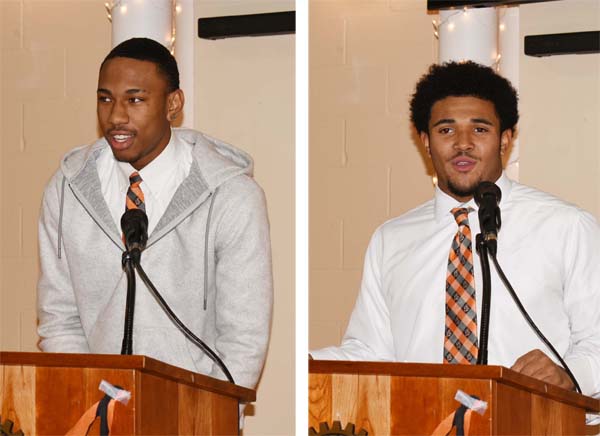 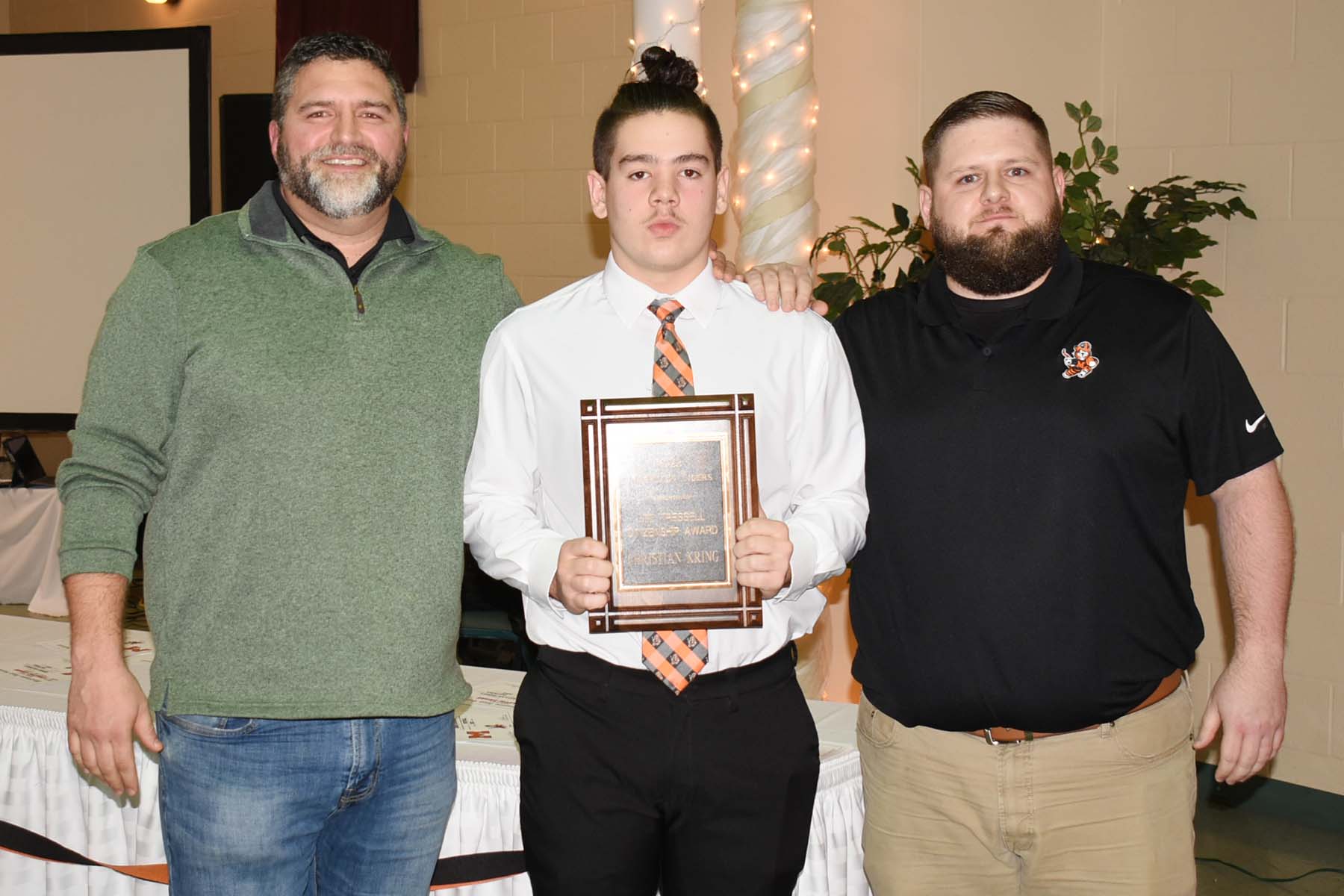 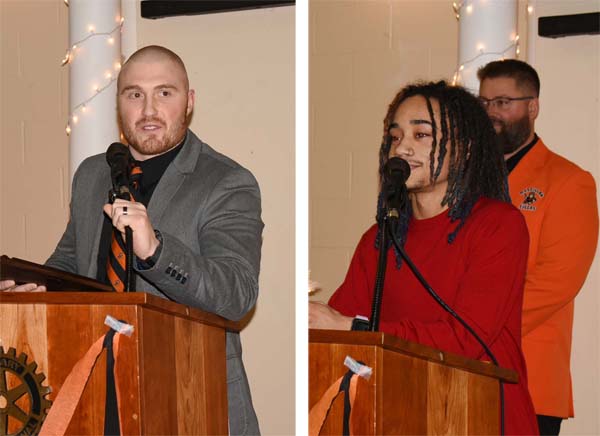 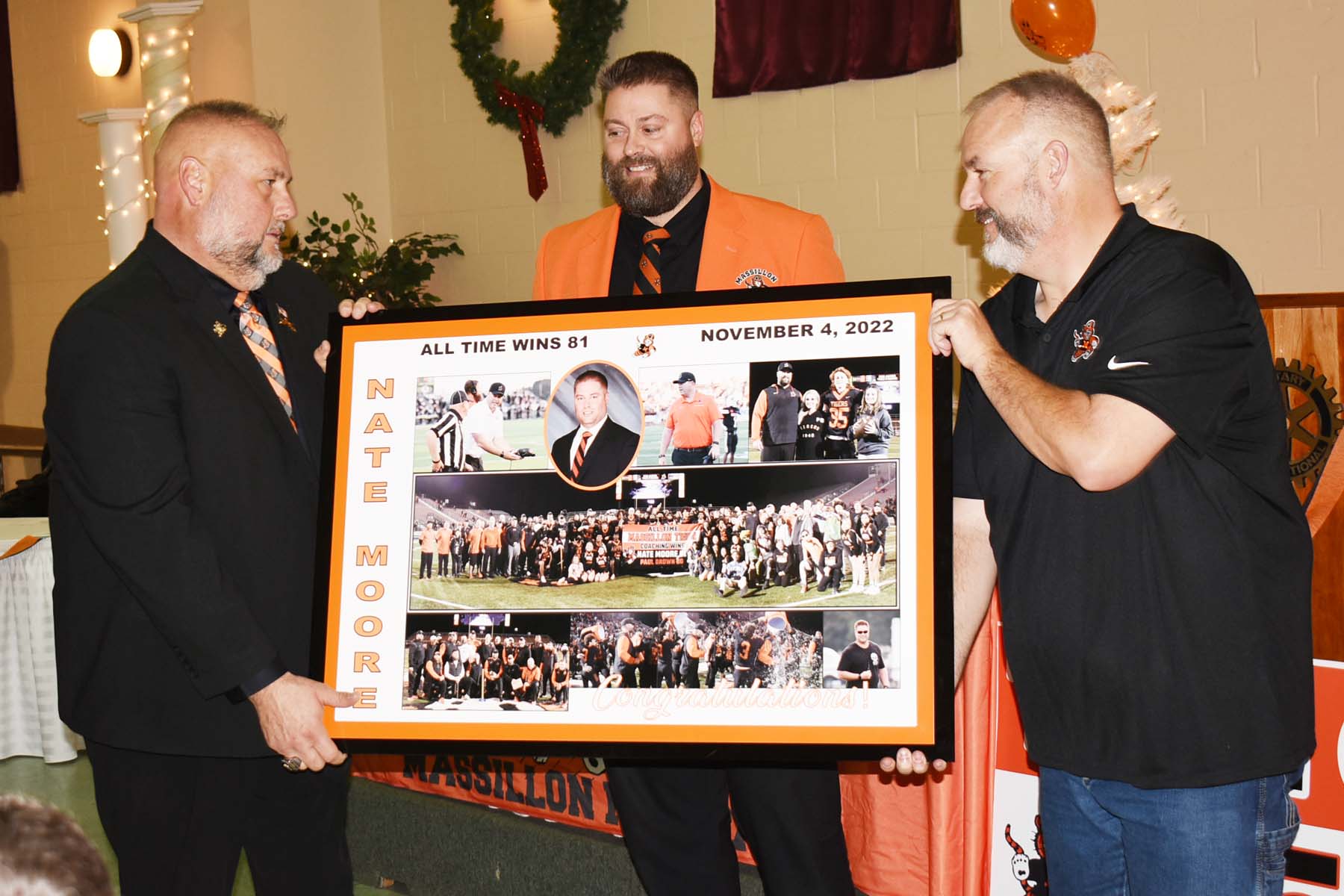 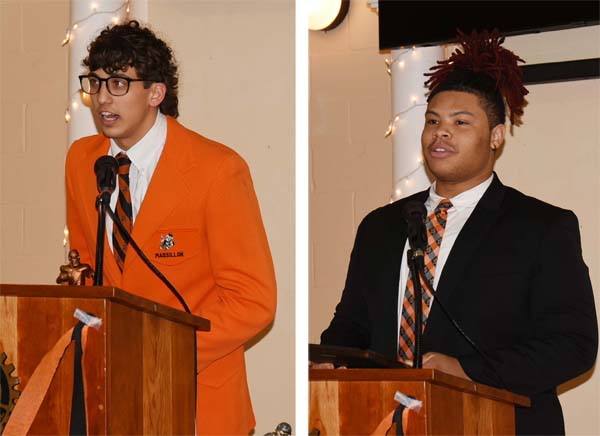 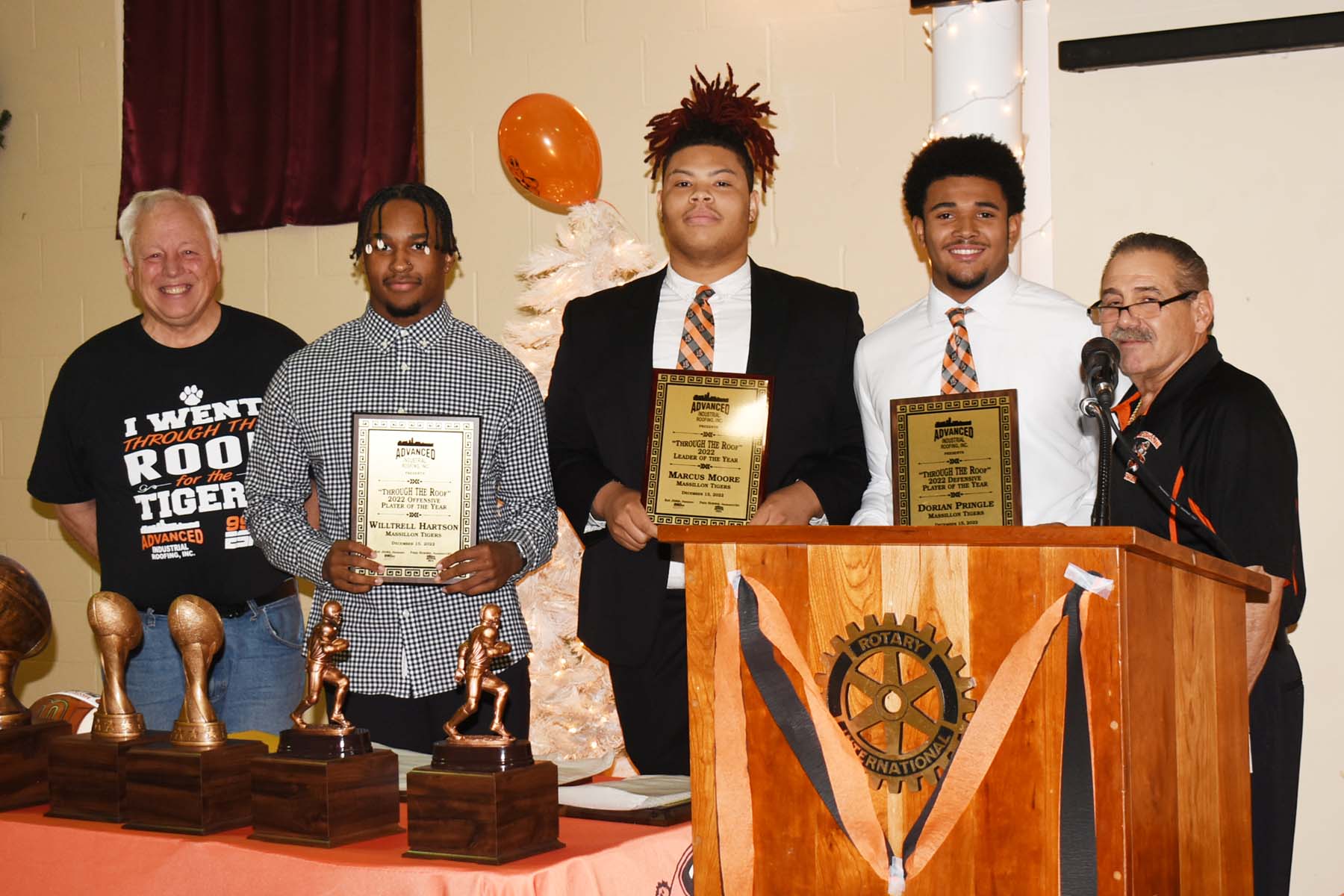