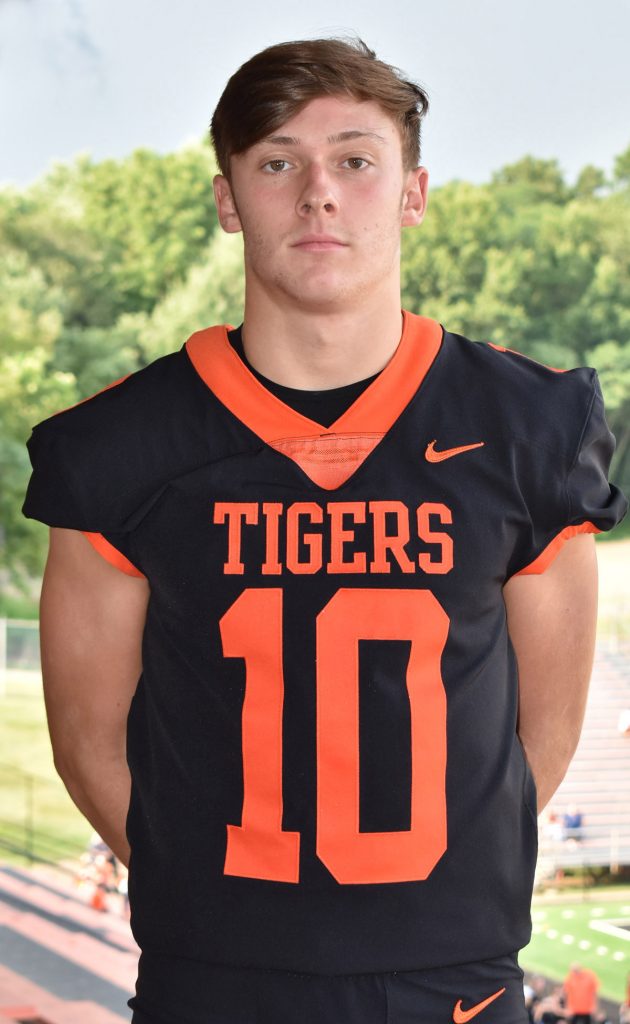 Massillon senior Anthony Pedro has selected Wittenberg University to continue his education and play the sport he loves.  Wittenberg participates in football at the NCAA Division 3 level and is a member of the North Coast Athletic Conference (NCAC).  The Tigers currently have the most wins of any team in Division 3, with an overall record of 727-353-22.  Last year they compiled a mark of 7-3 and finished in a tie for first place in the NCAC.  They are coached by Joe Fincham, who has been there for 24 years.

Pedro was one of just a handful of players last year to see action on both sides of the ball for the Massillon Tigers, who finished with a record of 14-1 and advanced to the Division 2 state championship game.  On offense he lined up as a slot receiver with a primary responsibility to block on the tag screens, while also being available to catch an occasional pass.  He finished with five receptions for 63 yards and a touchdown, the TD coming against Penn-Trafford in a 42-21 victory over the 11-2 team from Pennsylvania.  On defense Anthony was a starter at cornerback where he recorded 10.0 tackle points (5 solos and 10 assists), two pass breakups and a tackle for loss.