Massillon remains undefeated at 9-0 following a convincing 24-0 victory over Louisville.  Next up is 8-1 Canton McKinley.

Massillon is once again participating in the Stark County Hunger Task Force Food Drive in competition with Canton.  Canned food is accepted and every dollar donated is equated to seven pounds of food.  Donations can be brought to the Monday Booster Club meeting or the Tuesday Touchdown Club.  Or you can contact Nick Pribich at pribich@att.net or Mary Lou Wilton at marylouanddon24@gmailcom.  Last year the Tiger Nation bested the Bulldogs in this great event for the first time.

This year’s Beat McKinley Parade will start at 8th St. E and proceed through LIncoln Way to 1st St W where it will turn north toward the Rec Center for the bonfire rally.  Although the Lincoln Way improvement project will not have been completed by Friday, it will be far enough along to accommodate the parade.  The event begins at 7:00 pm.

The Booster Club meeting, chaired by President Bruce Gallagher, was held in front of a large crowd in the WHS auditorium and began with a rousing performance by the Tiger Swing Band, majorettes and cheerleaders.  All of the senior players were also in attendance and each one had an opportunity to speak about future aspirations and best memories of being a Tiger player.  Academically, this group boasts a high first-quarter GPA of 3.65 and it’s no wonder that most of the players have placed college in their future.  As an overall team, the GPA is 3.37, surpassing the program goal of 3.30, an achievement of which Coach Nate Moore is extremely proud.  According to the coach, smart, hard-working students also play smart on the football field.

This week Massillon and Canton McKinley renew their ancient rivalry, this being the 130th game.  In a series that began in 1894, the Tigers own the edge, 71-53-5.  In addition, the Tigers have won 7 of the last 8 and 12 of the last 16, including the first-ever played at Canton’s Benson Stadium in 2017.

The Bulldogs are currently ranked 3rd in Division 1, Region 1 and 265th in the country (Ref. calpreps.com).  They enter the contest with an 8-1 record, having defeated 6-3 Warren Harding (32-27), 7-2 Massillon Jackson (20-6) and 7-2 Massillon Perry (28-17).  With the Perry win, the Pups also clinched sole possession of first place in the Federal League.  The lone loss came in Week 3 to 7-2 Euclid (49-48), when McKinley failed to convert a 2-point conversion after closing to within one point of the win.

Both teams have qualified for the playoffs, so this matchup is strictly for bragging right, although the Tigers hope to stretch their regular season winning streak to 21-games.

McKinley Coach Marcus Wattley last coached against Massillon in 2017, when he was at Akron St. Vincent.  The Irish won that game 13-10, behind the rushing of now-Tiger player Terrance Keyes, who gained 202 yards.

Notes on the game from Coach Moore: 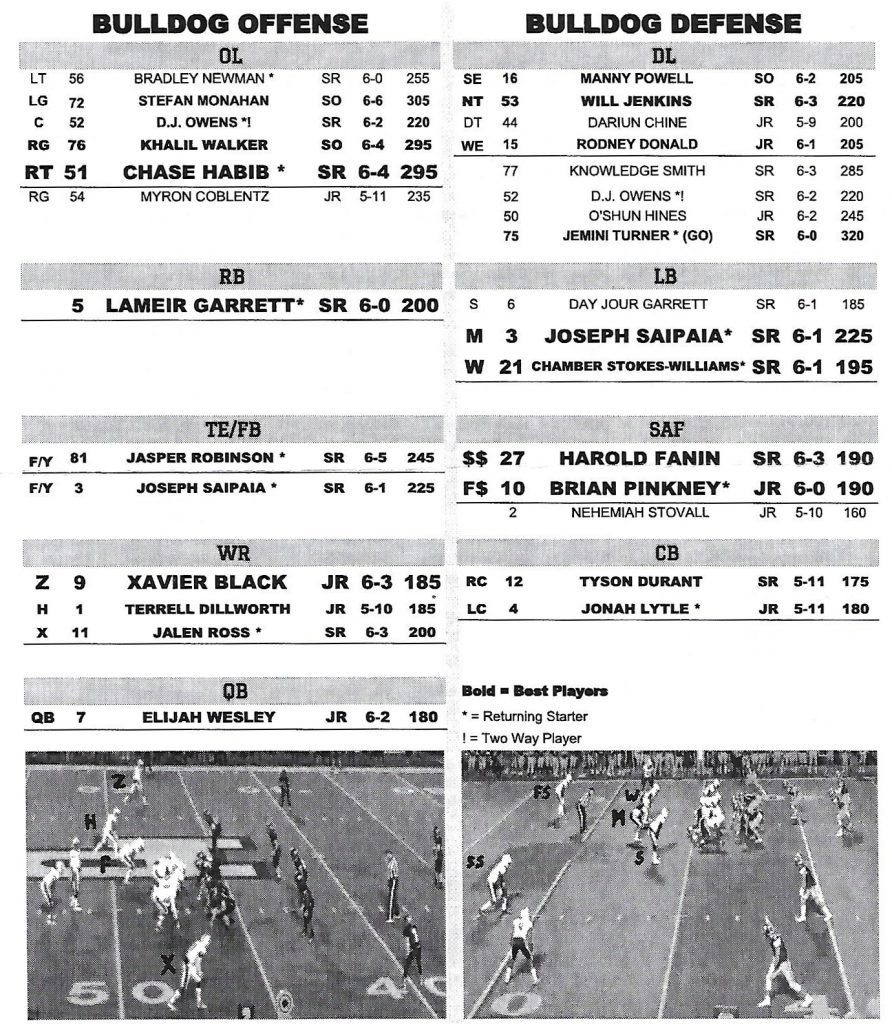