Noteworthy Items: (1) Akron Garfield, led by stellar running back Charles Gladman (All-Ohio Back of the Year, U. Pittsburgh), handed Massillon its only loss, by the score of 14-10.  Garfield would finished the regular season undefeated, but lose 27-14 to Cincinnati Princeton in the state playoff finals. (2) Chris Spielman (Ohio State) was featured on the Wheaties cereal box.

The Barberton game was played at the Akron Rubber Bowl 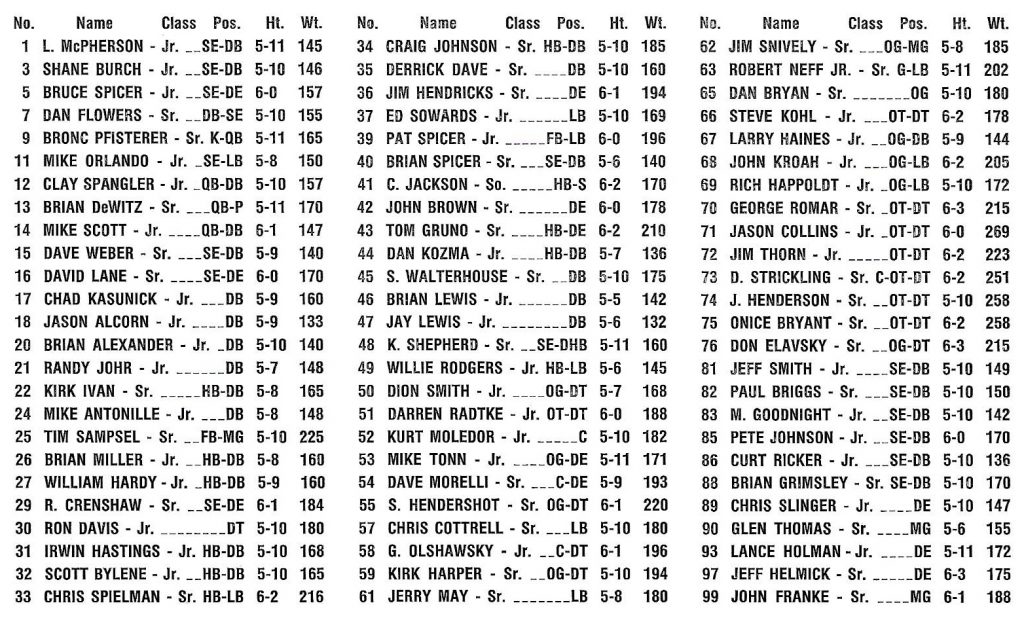