Noteworthy Items: (1) Massillon handed Sharon, PA its only loss of the season, 28-7. (2) Chris Spielman (Ohio State) scored the only touchdown in a 7-0 victory over Canton McKinley, wrapping up an undefeated season. (3) In the playoffs, the Tigers advanced to the state finals. But a loaded Cincinnati Moeller team was too much for the Tigers to handle.  The attendance at OSU Stadium was 31,409, the largest crowd to ever witness an Ohio playoff game.  (4) Eight opponents suffered their worst loss of the year to the Tigers, three their second worst loss and one its third worst loss.  (5) Spielman led the Tigers in scoring, yards rushing, punt returns, recovered fumbles, pass interceptions and tackles (both solo and assist). 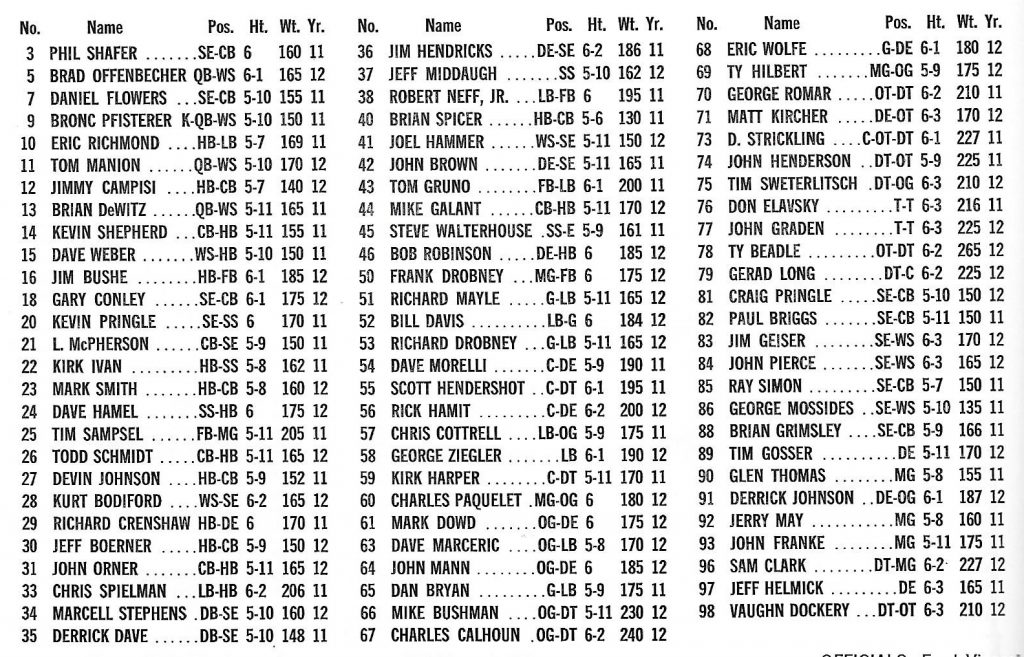