Noteworthy Items: A missed tackle at midfield at the end of the first half resulted in McKinley’s only TD of the game in a 9-6 loss.  Three week later, the Bulldogs defeated Cincinnati Moeller 13-0 to claim their first playoff title. 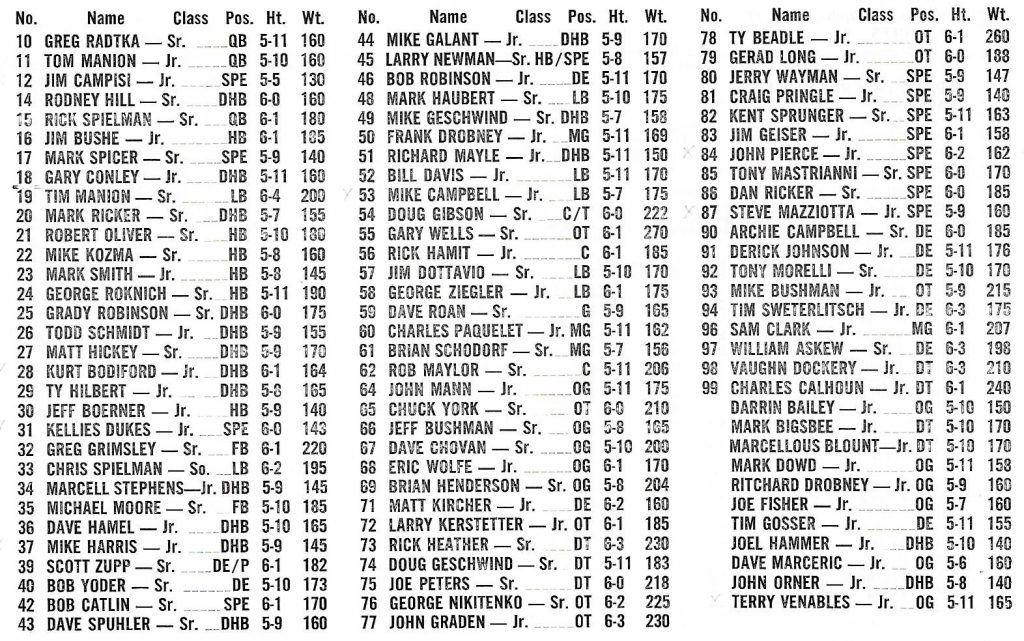