Noteworthy Items: (1) Warren Harding scored a touchdown with 13 seconds remaining to pull out a 7-7 tie with Massillon. (2) 1980 was the first year of the playoffs where two teams from each region qualified. The Tigers finished 2nd with a 16-7 regular season loss to Canton McKinley. However, they turned the tables on the Bulldogs the following week in the playoffs 14-6. (3) Massillon advanced to the state playoff finals, but lost the Cincinnati Moeller at University of Cincinnati’s Nippert Stadium in front of 22,751 fans.  It was the third largest crowd to ever witness an Ohio playoff finals. 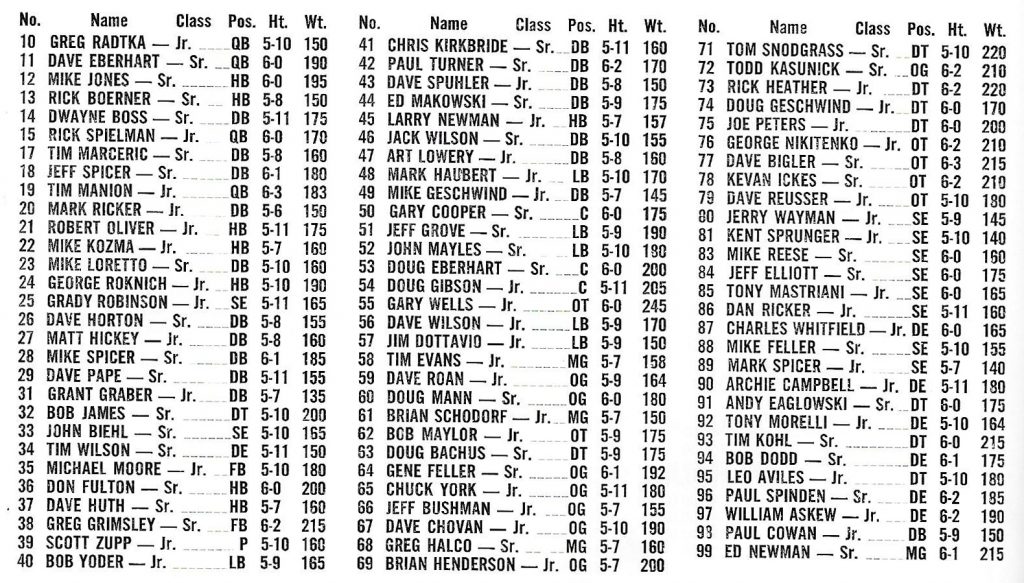