Noteworthy Items: (1) The Tigers scored early and often in downing Canton McKinley 24-0. (2) Unbeaten Massillon’s second trip to the playoffs was marred when stellar quarterback Bill Scott was knocked from the game early attempting to make a tackle following an interception. The offense then sputtered in a 12-0 loss to Parma Padua. (3) This was the final year of the All-American Conference, which disbanded when enrollments of some member schools began to decline. During its 17-year history, the Tigers won the league outright nine times and tied for the championship twice. 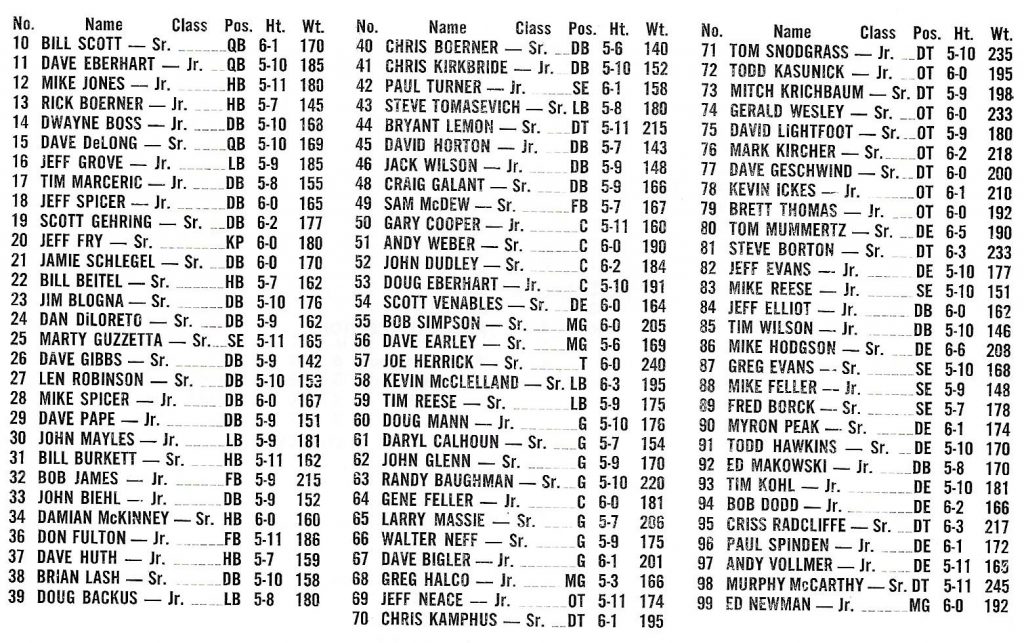