The Tiger Football Hall of Fame was a vision of David Weaver and he brought this project to fruition in 2015.  The Hall recognizes those individuals that have made contributions to the Tiger football experience, whether it be a player, coach, band director or just an individual who has influenced the program in a positive way.  For example, while the Hall includes many former Washington High School athletes, it also recognizes contributors such as Earle Bruce, Dale Walterhouse and Nick Vrotsos, coaches who did not attend WHS.

Inductees to the Tiger Hall of Fame are selected by a group of 25 Massillon football supporters.  As of 2021, a total of 100 members have been inducted.  Each is honored in the WHS Sports Hall with a plaque that displays the inductee’s contributions.  The program is privately funded. 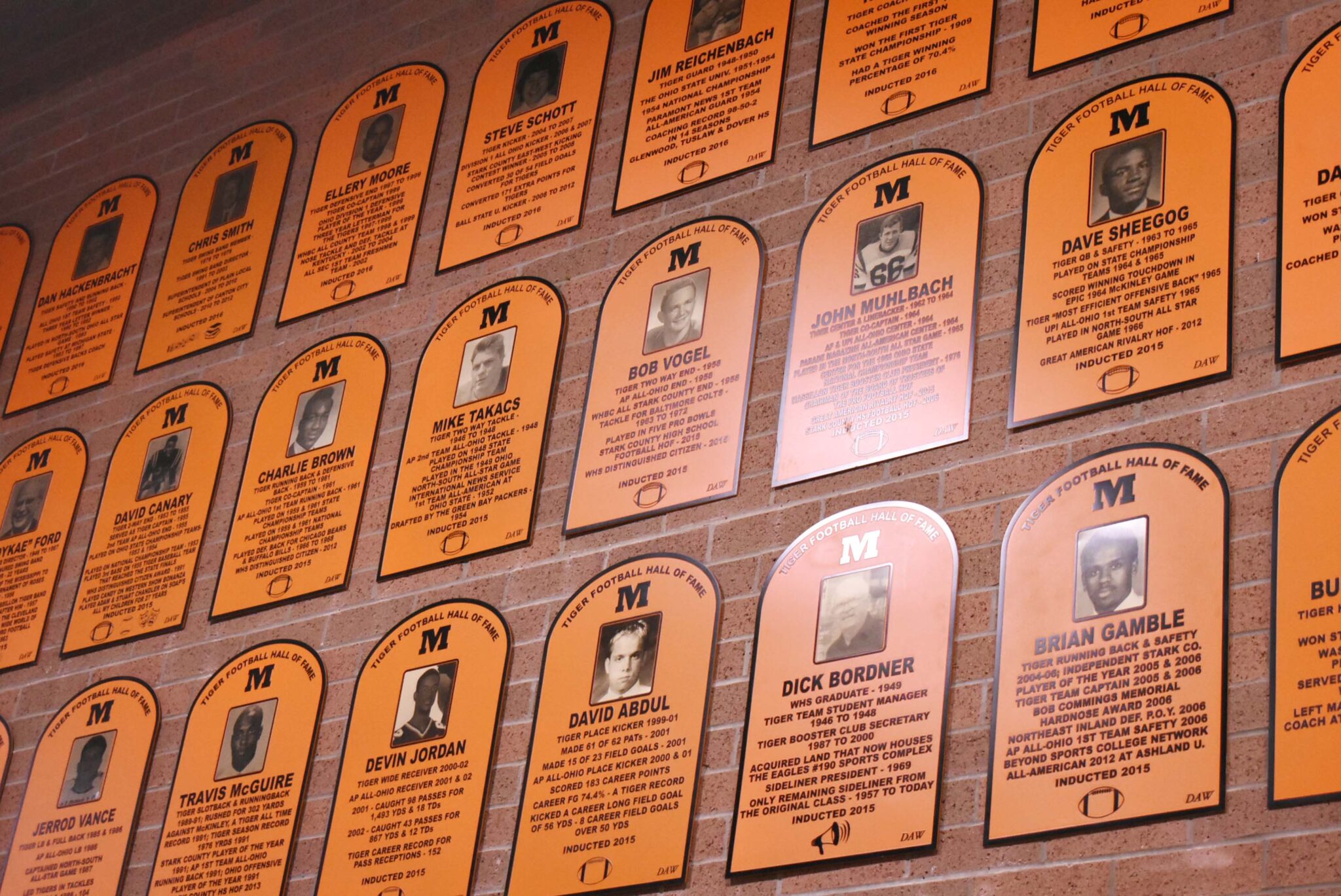