Noteworthy Items: (1) The Tigers were ranked No. 1 in the A.P. State Poll when they defeated No. 7 Cincinnati Moeller, 20-15.  (2) Massillon’s bid for an undefeated season was negated by a 21-0 loss to McKinley. However, the Tigers did win a 28-14 decision against Lima Senior, which went on to defeat St. Ignatius in the state finals. (3) Massillon lost a first-round game in the playoffs to Brunswick. Six inches of snow fell during the game.

The Brunswick game was played at the Akron Rubber Bowl 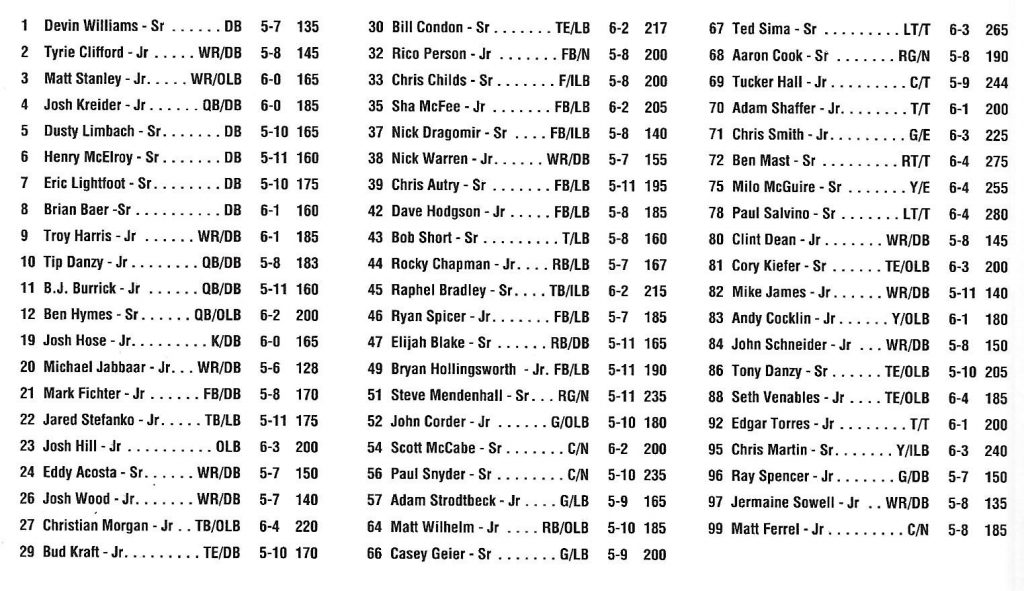