Noteworthy Items: (1) Although the “special” train left for Warren around noon, the team didn’t make it to the field until 15 minutes before the scheduled 2:30 pm kickoff.  But it didn’t matter, as the Tigers took care of business in defeating Harding 23-14. Around 800 Massillon fans also traveled via “special” train and motorcar and were believed to outnumber the Warren faithful.  By 8:30 that night, everyone was back in town and celebrated with the band as they marched through the main street.  (2) Bob Pflug kicked 8 PATs against Alliance.  (3) The game against Harrisburg Tech was the first out-of-state opponent played by Massillon.  Tech fielded players that were at least 21 years old.  The loss to Tech snapped a 13-game winning streak.  (5) Tigers were awarded the Stark County championship. 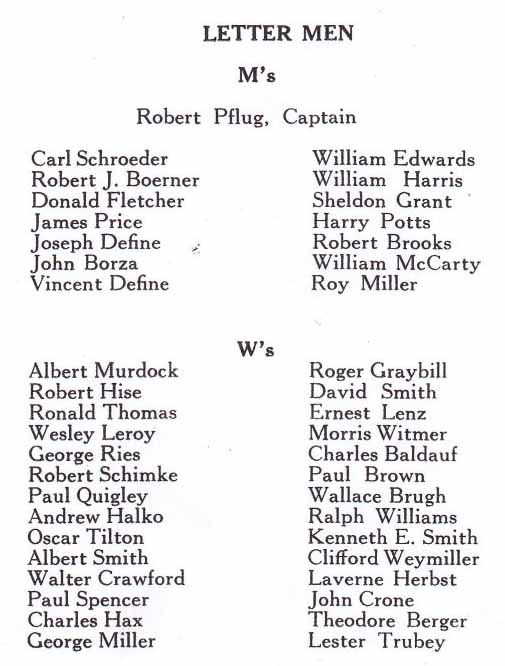