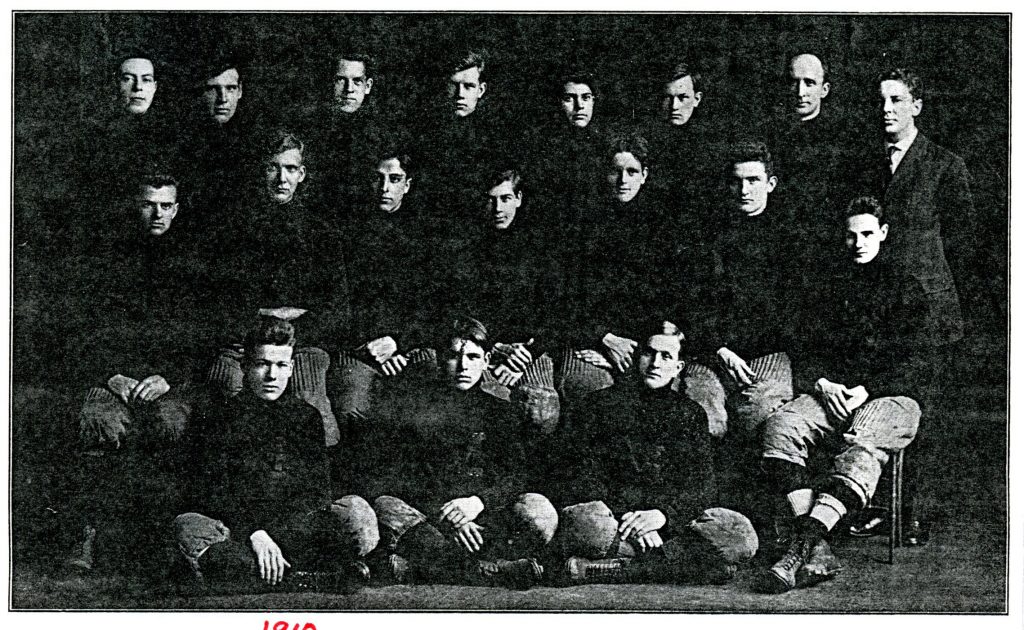 Noteworthy Items: Outweighed 25 pounds a man and with the game played in a sea of water and mud, the Tigers ran roughshod over Ashland College by the final score of 24-0.  Since Ashland recorded its first intercollegiate victory in 1920, this may have been an early club team.