Pressbox Services: Official game statistics are available to the media at halftime and following the game.

Parking: The lot just west of the stadium and the lot adjacent (north) to the high school are for reserved parking only (accessed from Hess Blvd. SE / 16th St. SE).  General parking in available on the east side of the stadium (accessed from 20th St. SE).  Handicap parking is located near both the east and west gates.  Visitor team and band buses should enter from Hess Blvd. SE (16th St. SE) and park next to the Training Center adjacent to the high school.

Note: Starting with the 2023 season, available parking east of the stadium will be reduced to accommodate the new elementary school.  Overflow shuttle bus information (possibly from Target on Lincoln Way E) will be posted when made available.

Rest Rooms: Located beneath both the east and west stands.

Concessions: Located beneath both the east and west stands.

Game Start Time: All home games kick off at 7:00 pm, except for the game against Canton McKinley, which begins at 2:00 pm. 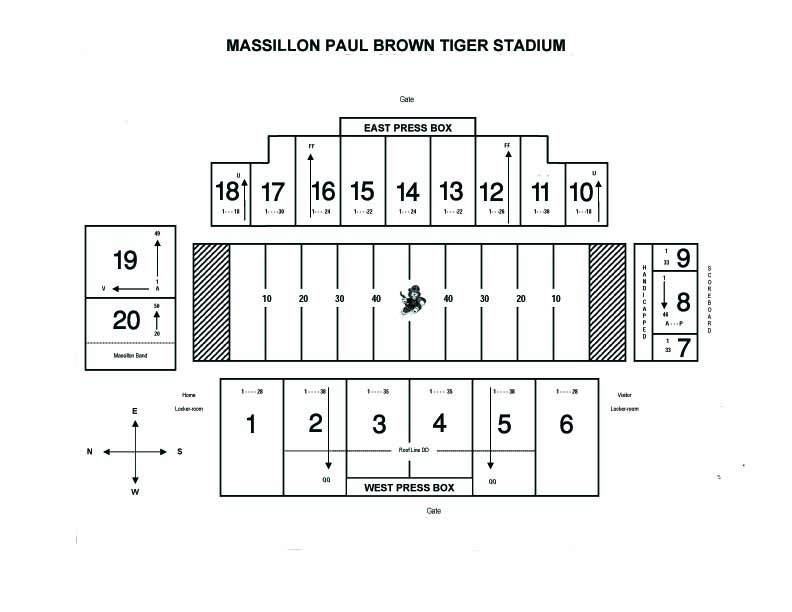 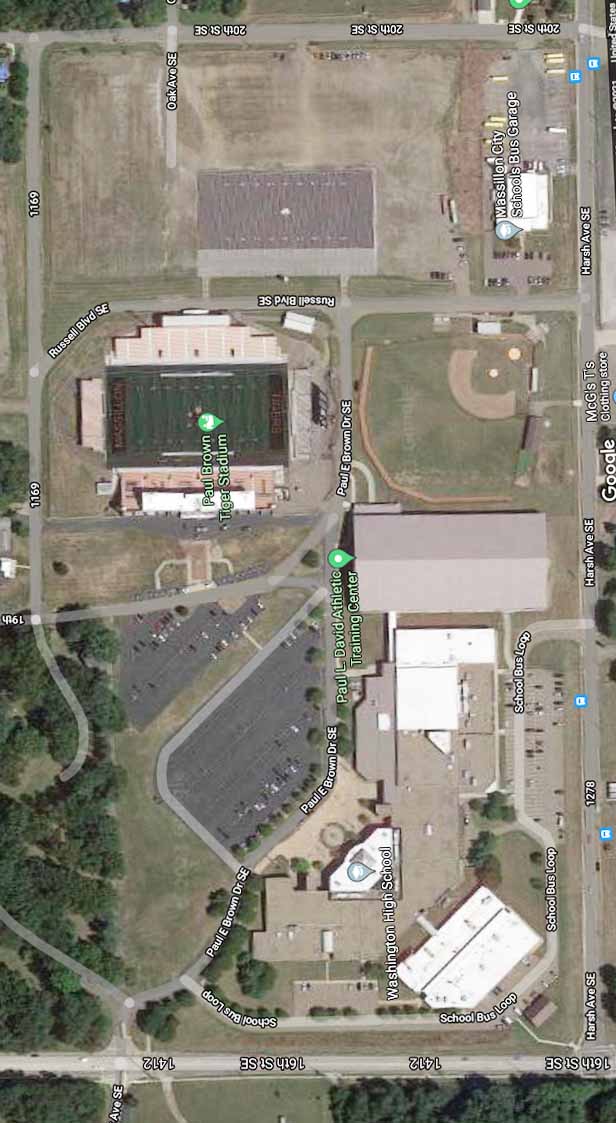