Noteworthy Items: (1) Down 27-25 late in the game against Lakewood St. Edward, quarterback Justin Zwick connected with Montale Watkins for a 52-yard pass completion and David Abdul booted a 36-yard field goal to secure a 28-27 win. (2) In Round 1 of the playoffs, a late potentially winning TD run by quarterback Justin Zwick was called back for holding, one of over a dozen such calls throughout the 17-13 loss to Marion Harding. The controversial ending was marred by fans rushing the field in anger after the game. (3) David Abdul set a new Tiger record with a 56-yard field goal.

The Massillon Perry game was played at Canton’s Faucett Stadium 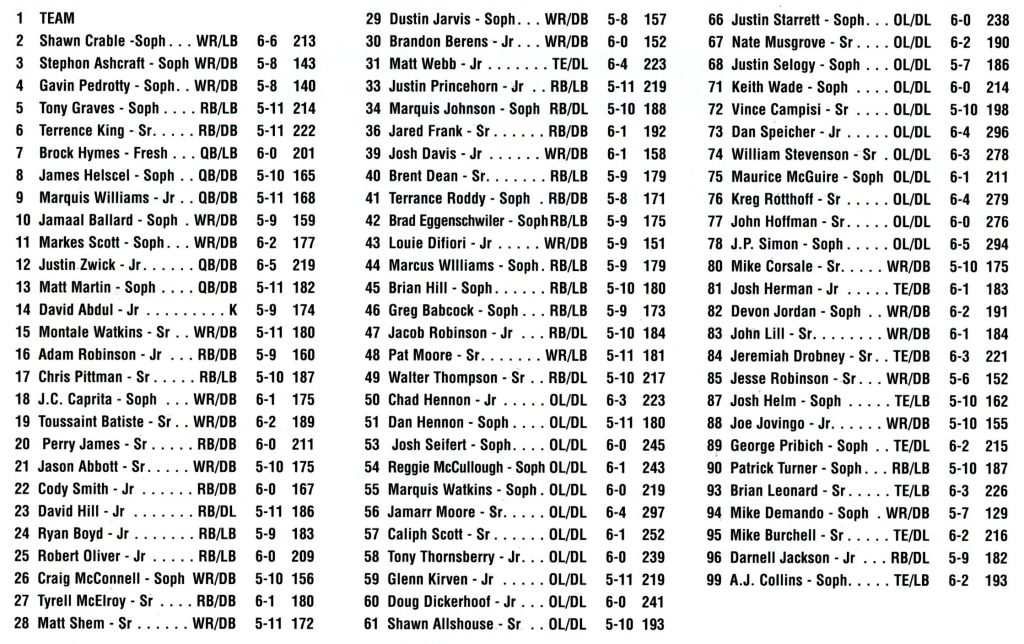