Noteworthy Items: (1) Massillon gained revenge on Upper Arlington that occurred in 1966 and ’67 with a 14-0 road victory. Future Minnesota Viking Tom Hannon (Michigan State) rushed for 212 yards, while Terry Edwards scored both TDs. (2) Massillon was ranked No. 1 in the final AP state poll and qualified for the first-ever state playoffs. However, the Tigers lost in the state semifinals to Cincinnati Princeton at OSU Stadium 17-14, the difference being a 47-yard field goal as the first half ended.

The Cincinnati Princeton game was played at Ohio State Statium 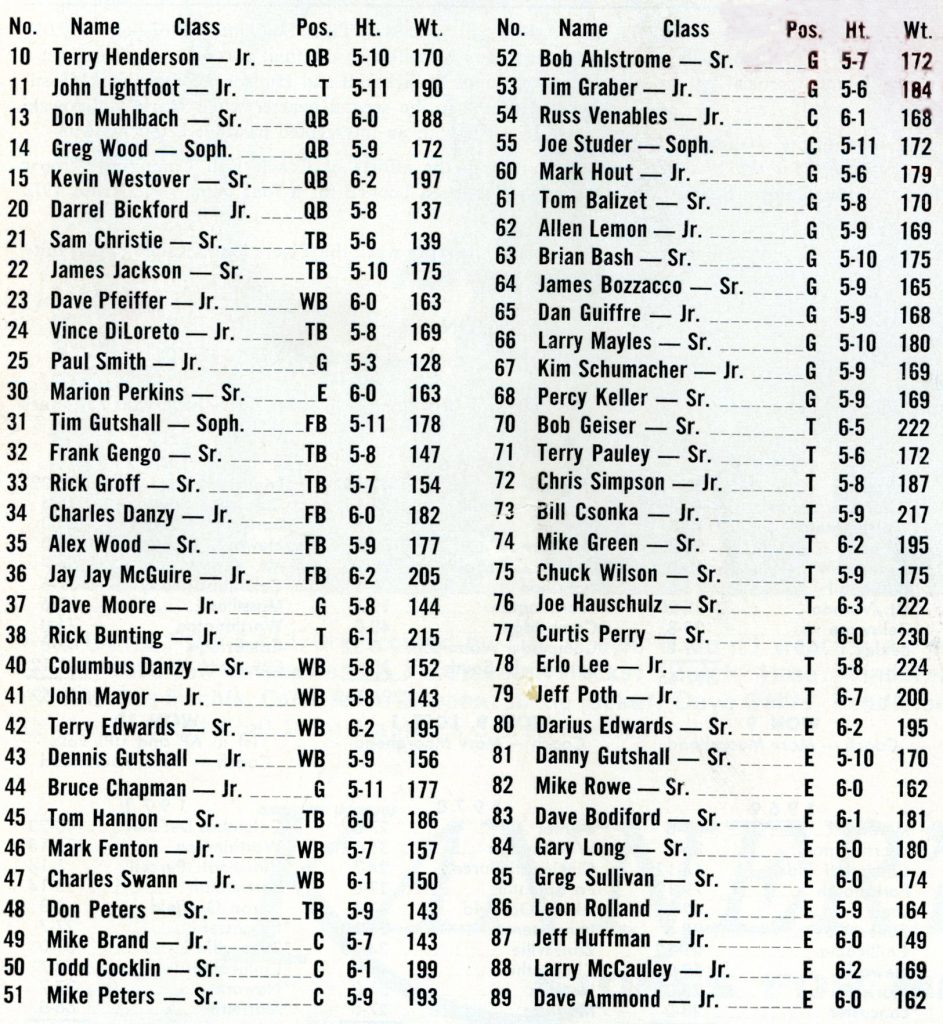