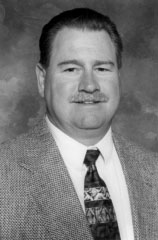 The season progressed with the Tigers winning eight decisive victories. The other two games ended in narrow losses to Cincinnati Moeller 27-13 and Akron St. Vincent-St. Marys 28-25. The Massillon victory over Canton McKinley was a powerful offensive performance with the Tigers prevailing 42-13.

Two play-off victories followed with wins over Akron Ellet 28-6 and Toledo St. John’s 42-12. The Tigers were matched with Cleveland St. Ignatius in the state semifinal game. They would play one of the classic games in the history of the high school play-offs. With 4:36 left in the game, Massillon took a 13-7 lead. Then with 38 seconds remaining, St. Ignatius scored, added the extra point and escaped with a 14-13 victory. This was a game people will recall for many years with the Tigers narrowly missing a trip to the final game and a possible state championship.