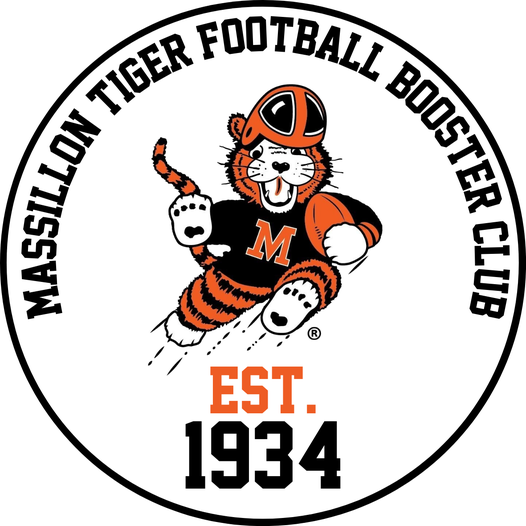 The Massillon Tiger Football Booster Club is the principal public support organization for the Massillon football program.  Meeting weekly throughout the football season, members have an opportunity to review prior games and discuss upcoming opponents with the head coach.  Throughout the year, the Club conducts various fund-raising activities and manages the annual Massillon-McKinley game parade.  Operating decisions are made by the current officers (referred to as the Junior Board) with advisement from past Club presidents (referred to as the Senior Board).

Past fund-raising activities by the approximately 2,000 members includes the following:

The Massillon Tiger Football Booster Club is considered to be the “Granddaddy” of high school sports booster clubs. It is also responsible for identifying the Massillon Tigers as “The Most Recognized Show in High School Football.”  The Club was formed in September 1934 at the request of Head Coach Paul Brown.  It is recalled that during a strenuous workout, Coach Paul Brown observed one of his players throwing up green tomatoes. It was a depression year and when Coach Brown discovered that the player had little to eat, he requested help to keep the team fed. So, early in Coach Brown’s tenure at Massillon, he developed the idea of forming a club that would enable fans to provide support for the players and bring them closer to program activities.  As a member of the school board, Carl Young pursued the request and with board approval the club began operations.

Arvine “Tink” Uhlrich, captain of the 1922 State Champion team, was elected as the first president, with an initial membership was around 200 patrons, each charged dues of 25 cents.  The first meeting was held in September of 1934.

From the Massillon Evening Independent, dated September 12, 1934: “…Many of Washington High School’s oldest and most loyal football fans were seated in the audience of 100 that heard Coach Brown speak. They will form the nucleus of the Booster Club, the membership of which will never be closed to a supporter of the team. You too can become a booster and get the “inside” of Washington High football by attending the next meeting which will be called in the near future by Chairman Ulrich. A similar program to that carried out last night will be carried out at each meeting. It will be a round table discussion of the team’s play, with straight forward man to man answers; Why this fellow didn’t play, Why this fellow was taken out of the game, why Massillon punted when it did and why this play failed to work, will be questions answered at the Booster meeting…”

The club meets weekly during the football season (presently Monday evening at 7:00 pm in the high school).  Memberships can be purchased for a nominal amount at the door.